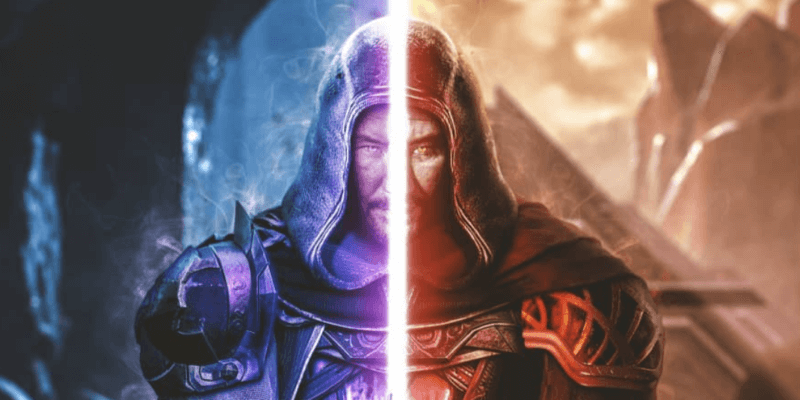 This new timeline — plus the 11 new Disney+ streaming Star Wars series and three upcoming feature films — have given Star Wars fans hope that their dream of an Old Republic era show or movie will finally happen.

For now, however, some Star Wars video game players would be content to see a revival of some old content, specifically the Knights of the Old Republic video game (KOTOR).

A new Change.org petition that is nearing an astounding 20,000 signatures requests that the Electronic Arts (EA), The Walt Disney Company, BioWare (Mass Effect), and Lucasfilm — who recently updated the Lucasfilm Games division — consider remaking the ever-popular Knights of the Old Republic game.

Related: ‘Star Wars’ movie based on Knights of the Old Republic, new trilogy reported in the works

The petition page reads, in part:

Originally released back in 2003 Knights of the Old Republic went on to win one-hundred-twenty-six awards. Forty-eight of which were various forms of Game of the Year Award, including Game Developers Choice Awards” best game of the year, BAFTA Games Awards’ best Xbox game, and IGN’s Best Overall Game of the year. IGN also ranked Knights of the Old Republic 3rd on its list of the best films and video games of the 2000-2009 decade. By the time of 2007, it had sold over 3.2 million units. This game was a big deal when it came out and still is to many.

For those unfamiliar with the Star Wars: Knights of the Old Republic storyline, Wookieepedia provides excellent details, including a list of major characters — Revan (the Star Wars Jedi turned Sith Lord many wish would become the subject of a Keanu Reeves movie), Darth Malak (the reigning Dark Lord of the Old Republic age, with a terrifying ship called the Leviathan), Bastila Shan (a young and talented Jedi Knight), and Wookiee Zaalbar.

No matter what ends up happening with the long-rumored Darth Revan movie or any additional series set in the Old Republic Star Wars era, a modern remake of this popular video game would certainly be a step in the right direction for fans of this intriguing story.

The Star Wars fan community would clearly love to see the largely unexplored Old Republic era brought into the live-action arena. Although none of the currently confirmed Disney+ series or upcoming theatrical releases appear to be set during this time period, which occurred thousands of years before anything in the existing Star Wars canon.

There have, however, been rumors that Taika Waititi’s upcoming Star Wars movie — slated for a 2025 release — could be set even further back, in the pre-Republic age.

Currently, however, the Star Wars franchise seems to be primarily focused on the success of The Mandalorian saga featuring bounty hunter Din Djarin (Pedro Pascal) and Grogu (AKA The Child), with The Mandalorian Season 3, Ahsoka, Rangers of the New Republic, and The Book of Boba Fett all set to release in the relatively near future.

If you want to join the thousands of fans who want a KOTOR remake, sign the petition here. You can also visit Twitter and search the hashtag #RemakeKOTOR.