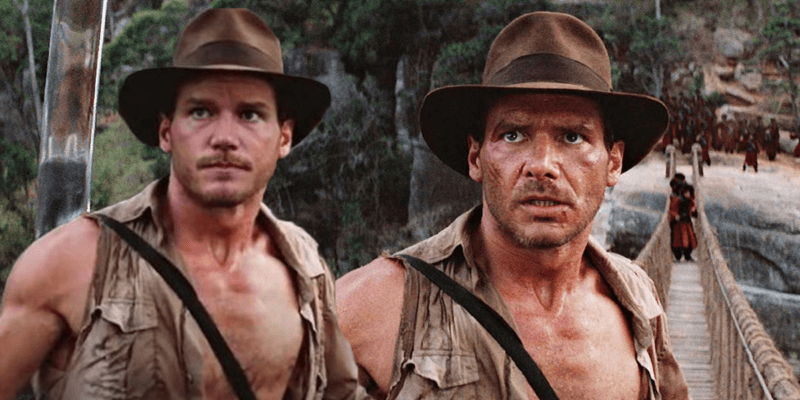 Times are certainly changing for the better and an Indiana Jones video game produced by the powerhouse Bethesda Softworks is certainly helping gamers everywhere look on the bright side! The developers behind The Elder Scrolls V: Skyrim, Wolfenstein, and Fallout: New Vegas are now shifting their focus to a brand new Indiana Jones video game. However, could this be a sign that the Indiana Jones franchise is taking a revolutionary pathway?

Today, Lucasfilm Games announced that a new video game centered around one of cinema’s most beloved characters would be “swinging our way.”

The game will tell a wholly original, standalone tale set at the height of the career of the famed adventurer.

While there is little information regarding Bethesda’s newest video game endeavor, Machine Games — the developers behind the Wolfenstein franchise — have been confirmed as the game’s developer.

Up to this point, Lego Indiana Jones: The Original Adventures was considered the greatest Indiana Jones video game, but Bethesda’s take on the beloved character might take that crown. While it’s unknown if the new Indiana Jones game will be open-world/action role-playing or a first-person game, it’s for sure we will see Indiana Jones like never before.

Fans of Steven Spielberg and George Lucas’s legendary franchise are losing it on social media, and fans took to Twitter to share their excitement.

Andrew Johnson replied to Bethesda’s Tweet with a GIF of a captivated Indiana Jones:

I CAN ALREADY HEAR THE MAIN MENU MUSIC THEME SONG!

I CAN ALREADY HEAR THE MAIN MENU THEME SONG! pic.twitter.com/wHHawtv8iu

However, this game may have even more of an impact than initially expected. In the wake of recent rumors that Chris Pratt might join the Indiana Jones franchise as a young Indy, the video game could be the first big step towards including the Marvel Cinematic Universe actor in Indiana Jones’s adventures.

There are numerous, credible rumors that the Thor: Love and Thunder and Guardians of the Galaxy actor Chris Pratt could join the Indiana Jones franchise in some capacity. While executive producer Frank Marshall confirmed Harrison Ford would be the one and only Indiana Jones, Pratt could potentially play a younger version of Dr. Jones or an entirely different character that stars alongside Indiana Jones.

Lucasfilm is massively focused on expanding the Star Wars universe with at least 11 streaming series and three feature length films in the works, so why not the Indiana Jones universe as well?

Neither Lucasfilm nor Disney have confirmed or denied any reports of the Jurassic World actor joining the Indiana Jones universe, so we don’t know for sure that this is happening. Still, CBS-owned ComicBook.com suggests that Lucasfilm is eyeing the actor to take over Harrison’s hat and whip.

Harrison Ford has denounced rumors of Pratt taking the helm. Still, with Indiana Jones 5 beginning production this spring and James Mangold (Ford V. Ferrari, Logan) taking over as director, the new film could set up multiple spinoff series to be featured on Disney+.

Koepp later added that the franchise could be taking an entirely new pathway. The original writers (Lawrence Kasdan and George Lucas) and director (Steven Spielberg) are reportedly departing from Indiana Jones. However, Koepp is no longer attached to the film, and Lawrence Kasdan’s son, Jonathan Kasdan, is allegedly set as the film’s writer.

Now, this video game could be the perfect segue for Chris Pratt to star as a young Indiana Jones in an original series. After all, the Avenger star would get the chance to show his “pew pew” skills with Indiana’s pistol!

This is especially true since Indiana Jones 5‘s story/direction is incredibly up-in-the-air — Bethesda’s storyline could produce possible Lucasfilm and Disney pathways to bring in Pratt as — or alongside — Dr. Henry Jones, Jr. Only time will tell, but it’s certainly a fun avenue to explore.

Chris Pratt will star alongside Chris Hemsworth and Christen Bale in Marvel Studios’ upcoming Thor: Love and Thunder, and alongside Sam Neill and Laura Dern in Jurassic World: Dominion.

Do you think this video game will lead to Chris Pratt joining Indiana Jones in some capacity? Let us know in the comments below!

Comments Off on Could New ‘Indiana Jones’ Video Game Be Setting Up Chris Pratt Series?