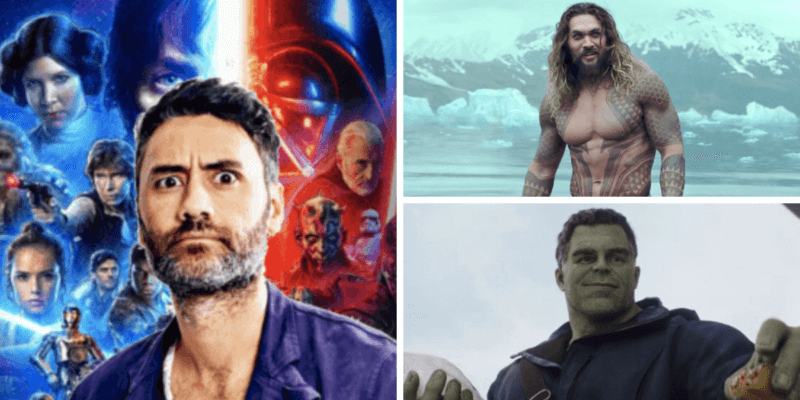 Taika Waititi is going to make a Star Wars movie, and at least two major celebrities are already dying to be a part of it!

Waititi posted the announcement to his Instagram story, where Mark Ruffalo and Jason Momoa both voiced their desire to be in the movie.

Here were the comments!

Waititi has recently made a name for himself as one of the most popular directors in Hollywood at the moment. He revived Marvel Studio’s Thor franchise by giving the third — and most recent — standalone film, Thor: Ragnarok (2017), a quirky comedic edge, he redefined satire with Jojo Rabbit (2019), and he has been a part of Jon Favreau and Dave Filoni’s Disney+ hit, Star Wars: The Mandalorian, directing the epic the season one finale and first direct confrontation between Din Djarin and Moff Gideon. He was also nominated for an Emmy for providing the voice work for Mandalorian droid IG-11.

While there is still hardly anything known about Waititi’s Star Wars movie, it will most likely be one that is completely different from those that came before it. The Academy Award winner himself quipped on Twitter, “What?? Ugh, as a longtime fan of Star Wars I’m so angry about what I’m about to do to ruin it.”

But, if Ruffalo and Momoa do, in fact, join the cast, it will be a Star Wars movie where worlds really do collide. Here, we will have Momoa–AKA DC’s new Aquaman–and Ruffalo–AKA Marvel’s Hulk/Dr. Bruce Banner–cast in the same movie. That alone would make this film an unforgettable ride for any comic book lover.

Waititi’s Star Wars film is just one of 10 new projects announced by Lucasfilm boss Kathleen Kennedy at The Walt Disney Company’s 2020 Investor Day event. The other projects include Mandalorian spinoff series like Ahsoka, and Rangers of the New Republic, as well serials that take us back to before Episode IV: A New Hope. These include OBI-WAN KENOBI: The Original Series (which is confirmed to feature Hayden Christensen’s return as Darth Vader) Andor, and The Bad Batch. R2-D2 and C-3PO are also expected to get their own Disney+ special. Another project called Rogue Squadron is also planned by Lucasfilm, but its place in the Star Wars’ Skywalker Saga timeline remains unclear at this time.

Are you excited for this next Star Wars film? Why or why not? Let us know in the comments!