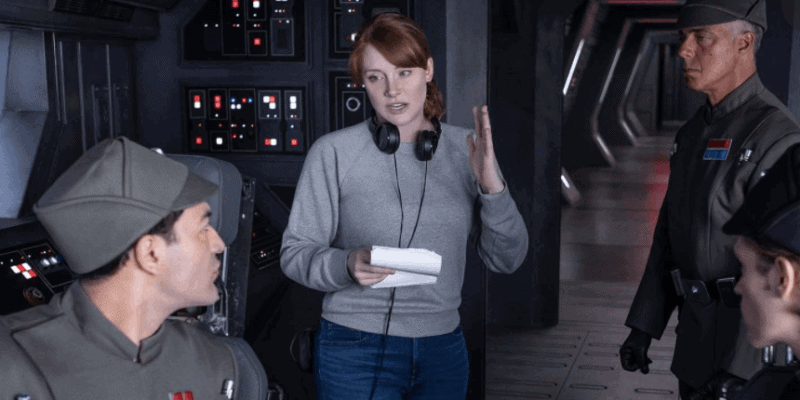 The Mandalorian Season 2 finale episode brought all sorts of surprises, not the least of which was the shocking return of Jedi Knight Luke Skywalker (CGI Mark Hamill).

Then, as if all of that wasn’t enough to process, showrunner Jon Favreau and executive producer Dave Filoni threw fans for another loop with an epic post credits scene that saw Wen’s Shand and Temuera Morrison’s Boba Fett overthrow Bib Fortuna (Michael Carter) from Jabba’s throne, effectively overtaking Jabba the Hutt’s palace.

The text that flashed after the scene? “The Book of Boba Fett – Coming December 2021″. We know that the series that is being hailed by Favreau as The Mandalorian‘s “next chapter” has finished filming, which means additional details are beginning to emerge.

First, we learned that Robert Rodriguez — who directed Fett’s triumphant return to the Star Wars universe in The Mandalorian Season 2, Episode 6 (“Chapter 14: The Tragedy”) — will serve as showrunner. Now, we’ve gotten details about who will be directing some of the episodes in the upcoming series, and it’s sure to excite you.

He continued, “It’s just a new world! It’s a new world. They like to keep the Star Wars stuff under [lock and] key.”

Howard, on the other hand, has already directed episodes in both seasons of the hit Star Wars series. She oversaw Season 1, Episode 4 (“Chapter 4: The Sanctuary) and Season 2, Episode 3 (“Chapter 11: The Heiress”), in which Sackhoff’s Kryze made her live-action debut.

Ron Howard’s daughter certainly has directing in her blood — her father even directed Solo: A Star Wars Story (2018) — so her return to Favreau and Filoni’s Mandalorian saga is sure to be highly anticipated.

Howard can next be seen as Claire Dearing opposite Chris Pratt’s Owen Grady in Colin Trevorrow’s Jurassic World: Dominion (2022).

Are you excited to see Bryce Dallas Howard, Jon Favreau, and Dave Filoni all take the reins of episodes of The Book of Boba Fett?