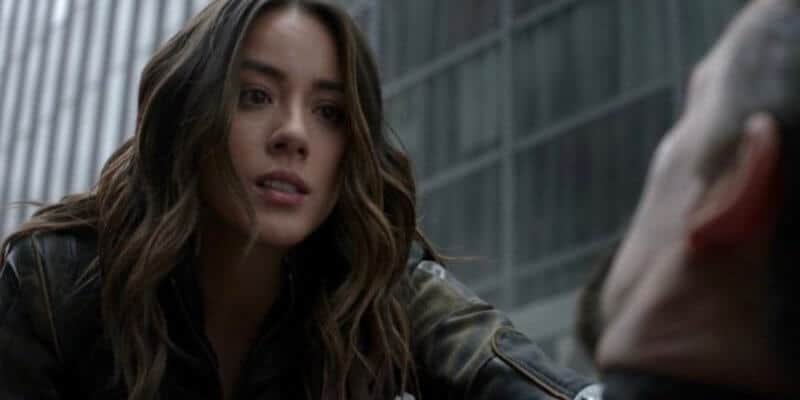 Now, it seems that the Marvel star may be making the move to a galaxy far, far away as a fan-favorite Star Wars character.

A recent report noted that Bennet is the frontrunner to play Doctor Aphra in her live-action debut:

This latest bit of news for Chloe Bennet could land her in the Disney+ arm of the Star Wars franchise as a character many fans know but hasn’t yet had a live-action version to date. Doctor Aphra is short for Chelli Lona Aphra who exists during the Darth Vader timeline of the Star Wars universe. She’s an archeologist who specializes in hunting down and finding Jedi artifacts and starts out in the employ of Vader. But the two eventually have a falling out and he tries to have her killed. She has a rather involved story that’s played out in the comic books but has yet to be brought to the screen. It would be an awesome role for Bennet.

It’s intriguing that Bennet is reportedly on the wish list for this role since Doctor Aphra is primarily known for her Marvel Comics storyline — casting a former Marvel actress would make a lot of sense.

It is important to note that Doctor Aphra’s live-action debut has yet to be confirmed by Lucasfilm executives. We also don’t know exactly when the character might show up in the Star Wars universe on Disney+.

There were previously rumors of an Aphra-centric series, but this seemingly never came to fruition and the character will now presumably show up in another Star Wars show. Frequently described as the “Indiana Jones of Star Wars,” Doctor Aphra is a cunning adventurer and explorer who is sure to make waves whenever she finally makes her way into the live-action Star Wars story.

And, although Bennet would undoubtedly make an incredible Doctor Chelli Aphra, there have been some rumors that she’s currently in the running for more than one Star Wars role.

With at least 11 Star Wars series confirmed for the next several years, plus rumored shows like the reported Luke Skywalker series, there are certainly plenty of opportunities for Bennet to make her debut in the Star Wars galaxy.

Are you excited that Chloe Bennet is in talks to join the Star Wars franchise?