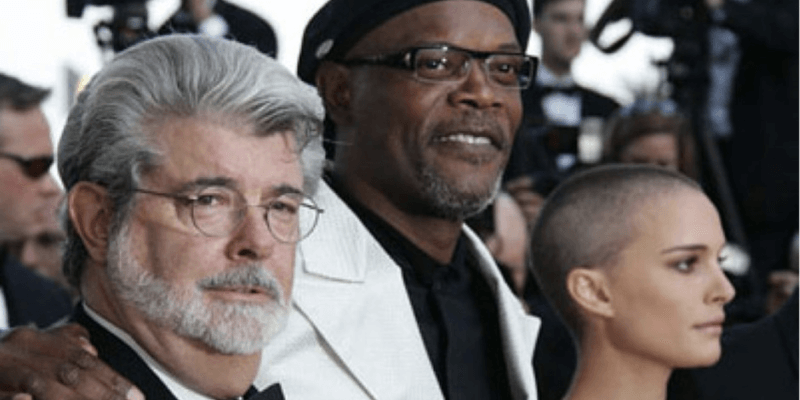 Disney’s Star Wars sequel trilogy proved to be divisive, with many moviegoers unhappy with the fates of the original trilogy’s core trio and the general lack of direction the three films — Episode VII – The Force Awakens (2015), Episode VIII – The Last Jedi (2017), and Episode IX – The Rise of Skwyalker (2019) — seemed to have.

American Graffiti (1973) director Lucas has publicly acknowledged that he expected to have more say in the Star Wars sequels — which were directed by JJ Abrams, Rian Johnson, and Abrams again — and in the development of new characters like Rey (Daisy Ridley), Finn (John Boyega), and Poe Dameron (Oscar Isaac).

Lucas has also shared that he had already begun writing his own sequel trilogy, which would have seen Princess Leia emerge as the “Chosen One” and would have had Darth Maul’s apprentice, Darth Talon, as its villain.

In recent years, rumors of Lucas’s official return to the Star Wars universe have swirled online. These intensified after he was seen on the set of Jon Favreau and Dave Filoni’s hit Disney+ series, The Mandalorian, and IMDb included his name on the writing credits for the upcoming Rogue One: A Star Wars Story (2016) prequel show, Andor (2022).

Now, a new report indicates that Lucas may be bankrolling an upcoming Star Wars trilogy, effectively taking back much of the creative control he lost when sitting Lucasfilm President Kathleen Kennedy was put in charge of the Star Wars galaxy.

It is important to note that this information remains entirely unconfirmed by either The Walt Disney Company or Lucasfilm. Furthermore, Walt Disney Company CEO Bob Chapek recently announced that Kennedy’s tenure with Disney will continue, at least for the foreseeable future.

However, given Lucas’s own comments about desiring “more say” in the sequels and his involvement in The Mandalorian, it would not be shocking to see there be at least some truth to this new rumor.

The report did not indicate what the plot of the purported new Star Wars trilogy might be.

At this time — in addition to nearly a dozen Star Wars shows that are currently in development for the Disney+ streaming platform — there are several confirmed Star Wars feature films coming down the pipeline. Patty Jenkins’s Star Wars: Rogue Squadron (2023) is set to be the next movie installment in the Star Wars story.

Related: Viral Post Allows ‘Star Wars’ Fans to “Wake Up As the Head Of Lucasfilm”

The only known trilogy in the works is Rian Johnson’s, but it is not known if Lucas’s reported project would be connected to an existing project or be something entirely different.

Related: George Lucas Funded the Most Iconic Sequel of All Time By Himself

What do you think? Do you expect science fiction guru George Lucas’s return to the Star Wars franchise to be imminent?