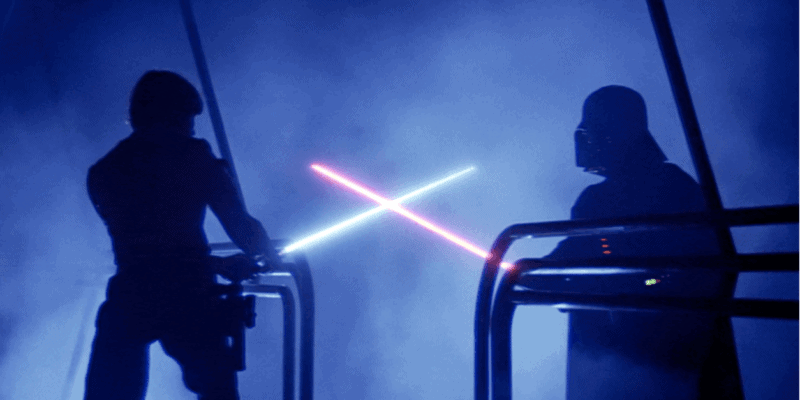 Nobody — not film studios, nor movie fans, nor even George Lucas himself — expected the original Star Wars movie, Star Wars: Episode IV – A New Hope (1977) to be the smash hit that it was. Then, following the impressive debut of the now-iconic Star Wars franchise, Lucas created what is arguably the most iconic sequel of all time — Star Wars: Episode V – The Empire Strikes Back (1980).

It also introduced fans to Lando Calrissian (Billy Dee Williams), who has gone on to become a fan-favorite character within the Star Wars story over the past four decades.

From some of the most famous lines in the entire Skywalker Saga — “Never tell me the odds” and “No, I am your father” — to one of the biggest plot twists in cinematic history when Darth Vader was revealed as Luke’s father (and that legendary line was uttered), ESB is still widely regarded as the best of all the Star Wars movies.

But, as it turns out, making the A New Hope sequel wasn’t as easy as one might expect. Star Wars creator Lucas was seemingly unhappy with how 20th Century Fox — now Disney-owned 20th Century Studios — had tried to “undermine him” throughout the moviemaking process, so he:

…put up the money to make The Empire Strikes Back out of his own pocket, which was unheard of in blockbuster filmmaking. The unprecedented move would give Lucas complete creative control, while still having a major movie studio distribute the movie for its theatrical release.

The article about Lucas’s wild decision continues, pointing out that his plan didn’t really work out the way he intended:

This maneuver wasn’t without its drawbacks, however. When the budget for The Empire Strikes Back ballooned to $10 million over their original estimate, the entertainment branch of Bank of America that put up a loan to help Lucas cover the movie’s costs pulled out, despite the fact that this was the (relatively) financially secure sequel to the then-highest-grossing movie ever made. Lucas then had to approach 20th Century Fox to help, which forced him to give up certain rights on the movie. Lucas was so unhappy with Fox’s approach to the new deal that he brought a new project he was working on to rival movie studio Paramount. That new project was Raiders of the Lost Ark.

As we all know, things worked out okay for George Lucas and his studio — and both the Indiana Jones and Star Wars franchises. However, the history of how Lucasfilm, Ltd. became the powerhouse, Walt Disney Company-owned movie studio it is today is fraught with fascinating stories just like this.

If you’d like to rewatch The Empire Strikes Back, you can catch it streaming on Disney+ anytime. The official description of the film reads:

Did you know George Lucas initially paid for the production of The Empire Strikes Back out of pocket?