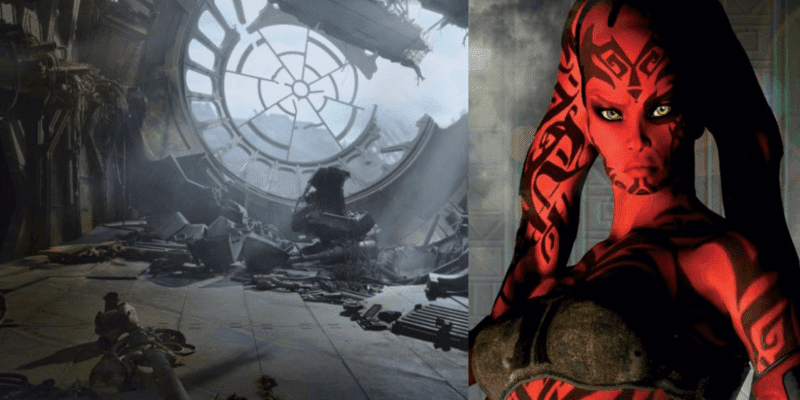 Just like the prequel trilogy, Star Wars fans are divided when it comes to the work that J.J. Abrams and Rian Johnson put into the sequel trilogy. Over the last few days, we’ve begun to see just what George Lucas would have done if he was put in charge of bringing another three movies into the Star Wars universe.

Thanks to a new book, The Art of the Force Awakens, we can get a look at Darth Talon, the villain that was supposed to be the one that lured Han and Leia’s son (who was unnamed at the time) over to the dark side. Let’s take a look at her below:

We have to admit, Darth Talon certainly looks a lot more menacing than Kylo Ren did without his mask on. That being said, I personally love the way the story ended up playing out and still think that The Rise of Skywalker ended the Skywalker Saga in an almost perfect way.

Originally Darth Talon was first seen in a Star Wars: Legacy comic series dating back to 2006 and she was set to form a partnership with a resurrected Darth Maul in George Lucas’s plan for the sequel trilogy. Further concept art seems to showcase her powers of seduction, something we would presume would have come into play in seducing Han and Leia’s son to the dark side of the force.

It’s a shame that we didn’t get to see this play out but we did get to enjoy seeing the return of Darth Maul in both the Clone Wars and Rebels animated shows as well as seeing him appear in the Solo Star Wars movie!