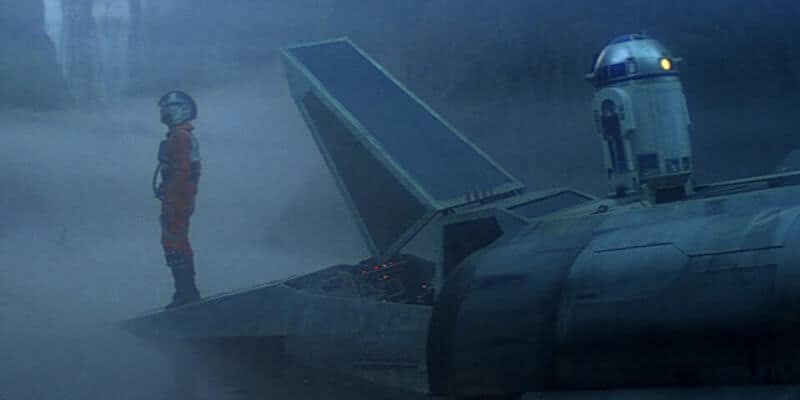 For decades, Star Wars fans have been confused about a specific moment in Star Wars: Episode V – The Empire Strikes Back (1980).

When Luke Skywalker arrives on Dagobah in search of Jedi Master Yoda, he and R2-D2 encounter what they initially believe to be a bizarre alien lifeform — who is later revealed to be Yoda.

At first, however, Yoda acts intentionally crazy, even going so far as to attack R2-D2 with his famous walking stick. When the movie first released, Star Wars audiences chalked this scene up to pure comedy, but in the intervening years, it has become the subject of much consternation.

…Yoda and R2-D2 were heavily involved with the Republic’s efforts to win the Clone Wars, and they even crossed paths on some occasions (most notably Luke and Leia’s birth). This made people wonder why Yoda didn’t recognize R2-D2 years later when the droid arrived on Dagobah.

Related: Celebrate the Holidays With This Christmas Yoda Inflatable

Now, the four-decade-old Star Wars conundrum has been cleared up, thanks to a new book entitled From a Certain Point of View: The Empire Strikes Back. As explained in a chapter told from Yoda’s point of view, outlining Luke’s arrival on the swamp planet:

Carefully moving through the swamp while staying beneath the fog, Yoda soon spotted the boy and his droid unpacking their supplies. Even though the droid was caked with algae, dirt, and stomach fluid, its appearance and familiar blips were still quite recognizable.

Of course the boy had Anakin’s old droid with him. Such cycles of fate no longer surprised the nine-hundred-year-old Jedi.

And, there we have it: 40 years of confusion cleared up in a single excerpt. Yoda did know who the droid was all along.

Before this clarification, what did you think about Luke and R2’s arrival on Dagobah? Star Wars fans have had their own opinions about this controversial moment — share yours in the comments!