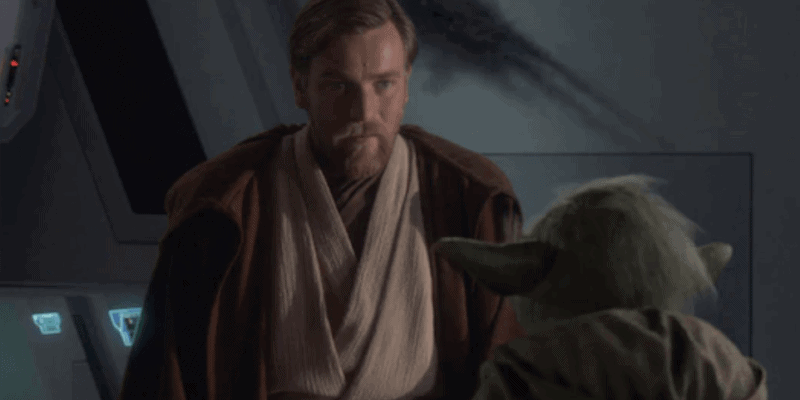 Now, we’ve gotten our first look at McGregor and other cast members on the Obi-Wan Kenobi set, and it’s making the return of the iconic Jedi Master seem even more real!

Just Jared shared the following Tweet, linked to a gallery of nearly 100 new set photos from the Obi-Wan Kenobi series:

We have over 90 photos of Ewan McGregor and other cast members on the set of the #ObiWanKenobi series. Check out the full gallery now!

We have over 90 photos of Ewan McGregor and other cast members on the set of the #ObiWanKenobi series. Check out the full gallery now! https://t.co/8TDwmEWMIc

While the images do not give Star Wars fans a first look at Hayden Christensen reprising his role as Darth Vader/Anakin Skywalker for the first time since Star Wars: Episode III – Revenge of the Sith (2005), we do get glimpses of some Imperial officers, Rupert Friend, whose character remains unknown, — and of Joel Edgerton, who is returning in his prequel trilogy role as Luke Skywalker’s uncle, Owen Lars.

Bonnie Piesse will also be back as Luke’s aunt, Beru Lars, but she is not featured in these newly surfaced set photos.

Although these pictures don’t reveal much about the costumes the cast will be wearing in the upcoming Star Wars show — thanks to black robes concealing most of the cast members’ attire –, it is undeniably exciting to see McGregor back in character as the Jedi Knight for the first time in nearly 20 years.

At this time, little is known about the exact plot of Obi-Wan Kenobi, but we know the series will be set approximately ten years after the events of Revenge of the Sith.

The third of George Lucas’s prequel films famously featured the execution of Emperor Palpatine’s (Ian McDiarmid) Order 66 and Anakin and Obi-Wan’s lightsaber battle on Mustafar before the younger man fully descended into his life as Sith Lord Darth Vader.

Lucasfilm President Kathleen Kennedy promised fans the “rematch of the century” between McGregor and Christensen, so we’re sure to be in for a duel of epic proportions.

Are you looking forward to Obi-Wan Kenobi now that filming is officially underway?