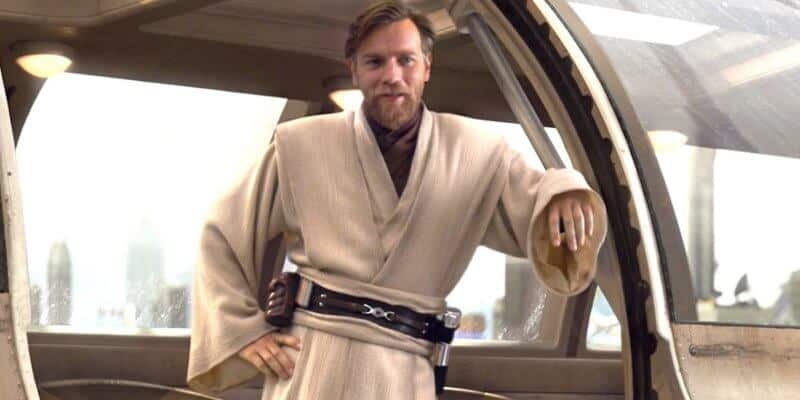 McGregor, as it was long reported, will once again play iconic Jedi Master Obi-Wan Kenobi, while Christensen will take on the mantle of Sith Lord Darth Vader in the show. The series is set to be directed by Deborah Chow (The Mandalorian) and will take place approximately ten years after George Lucas’s final prequel trilogy movie, Star Wars: Revenge of the Sith (2005).

Sith saw the execution of Emperor Palpatine’s Order 66 and Anakin Skywalker’s true descent to the dark side when he killed a group of Jedi younglings at the Jedi Temple on Coruscant.

Now, McGregor has spilled details about the only annoying part of coming back to the Star Wars universe after a long absence. The Scottish actor, who is currently filming Obi-Wan Kenobi, spoke to CBS Sunday Morning about how he knew the series was happening years before Lucasfilm announced it was in development in 2019:

McGregor continued, noting that he often felt like was coming across like he was begging Disney and Lucasfilm for another chance in the Star Wars franchise:

“It started looking like I was sort of asking Disney for a job. Like, every interview I was asked that. ‘Well, I’d be happy to play him again,’ and it was just a way of, like, trying not to be dishonest, but at the same time not telling the truth. … It’s nice the cat is out of the bag.”

Now that everything is official, Kennedy even revealed that viewers can look forward to the “rematch of the century”, presumably teasing a third lightsaber duel between Jedi Knight Kenobi and his former Padawan.

Recently, the full cast list for Obi-Wan Kenobi was released — and there were a few surprises for Star Wars fans. Although it is not yet known which characters most of the actors will play, Bonnie Piesse and Joel Edgerton will reprise their prequel roles as Beru and Owen Lars, Luke Skywalker’s aunt and uncle.

Related: How Obi-Wan & Satine Kryze Could Have Stood a Chance (and When We Could See Her in Live-Action)

This has led many to speculate that young Luke’s childhood story may play a bigger role in the Tatooine-based Obi-Wan Kenobi series than initially expected.

Furthermore, although he wasn’t listed on the cast list, Darth Maul actor Ray Park has indicated that the Sith will make his return to the Star Wars story in Obi-Wan Kenobi as well. The star recently posted an Instagram photo geotagged “Tatooine”.

Related:  Alec Guinness Told James Dean He Would Die a Week Before It Happened

Are you excited about Obi-Wan Kenobi?