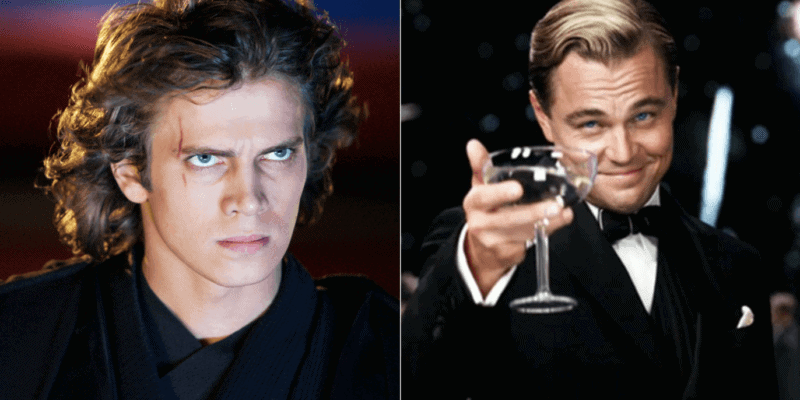 Most Star Wars fans know that Hollywood A-lister Leonardo DiCaprio (Titanic, Catch Me If You Can, Romeo & Juliet, The Revenant) was one of George Lucas’s frontrunners for the role of Anakin Skywalker in the Star Wars prequel trilogy.

Related: Christian Bale Has Almost Been In ‘Star Wars’ TWICE

The part, of course, was ultimately given to Hayden Christensen — who will be reprising as Anakin Skywalker/Darth Vader alongside Ewan McGregor’s Jedi Knight Obi-Wan Kenobi in Deborah Chow’s upcoming Obi-Wan Kenobi series — but that hasn’t stopped some Star Wars fans from wishing DiCaprio had been given the role.

A 2019 deepfake video, made with the assistance of George Lucas and featuring DiCaprio, has recently resurfaced, giving fans the opportunity to see how DiCaprio could have potentially looked in the role of Anakin Skywalker. You can watch it in full below:

The impressive deepfake begins with George Lucas cracking jokes about how he really wanted The Great Gatsby leading man to play young Anakin before launching into a stunning array of scenes, from Anakin’s childhood on Tatooine in Star Wars: Episode I – The Phantom Menace (1999) to his descent into Darth Vader in Star Wars: Episode III – Revenge of the Sith (2005).

DiCaprio’s features are even digitally inserted onto young Jake Lloyd’s face, transforming even the youngest version of Anakin. One article noted that “the fact that the video was made with George Lucas’s help is why it looks so good.”

Reated: No More Grogu? The Mandalorian Might Get an Exciting New Best Friend

The YouTuber was responsible for the viral deepfake video of Marvel Cinematic Universe star Sebastian Stan (Bucky Barnes/Winter Soldier) as Jedi Master Luke Skywalker (Mark Hamill) after a CGI version of Hamill returned in the Season 2 finale of Jon Favreau and Dave Filoni’s The Mandalorian.

Although it is not yet known precisely how deepfake technology will work in the Star Wars franchise moving forward, it is presumed that it may be used to bring back more original trilogy characters, such as Han Solo (Harrison Ford), much like Princess Leia (Carrie Fisher) was in Rogue One: A Star Wars Story (2016).

What do you think about this deepfake featuring Leonardo DiCaprio in a Star Wars movie?