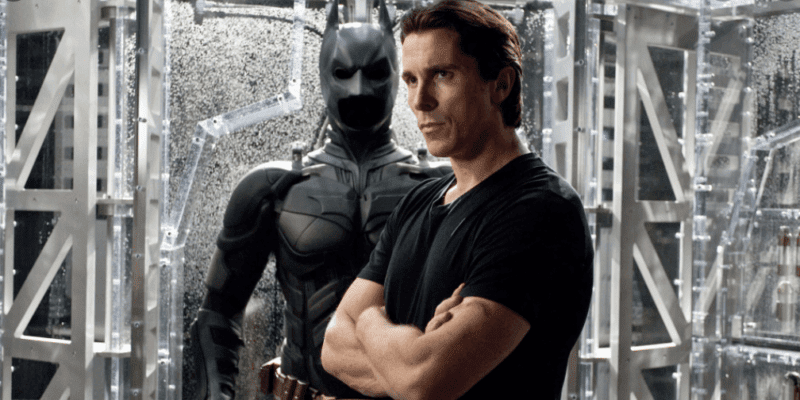 A-list actor Christian Bale got his start in Hollywood in the late 1980s with two TV miniseries, Anastasia: The Mystery of Anna (1986) and Heart of the Country (1987). He then went on to make a major name for himself as Patrick Bateman in American Psycho (2000) and as Batman/Bruce Wayne in Christopher Nolan’s Dark Knight trilogy.

Now, Bale has been cast in the Marvel Cinematic Universe as villain Gorr the God Butcher.

Bale will appear in Taika Waititi’s Thor: Love and Thunder, which isn’t set to release until 2022. This fourth installment in Marvel Studios’ Thor franchise will join Thor (2011), Thor: The Dark World (2013), and Thor: Ragnarok (2017).

But, there’s one major franchise Bale has never been part of: Star Wars.

Seemingly, however, it’s not for lack of effort on Lucasfilm’s part. According to online reports, Bale has actually been seriously considered for two different Star Wars roles at two very different points in his career — Anakin Skywalker in George Lucas’s prequel trilogy (1999-2005) and Tobias Beckett in Disney’s standalone Solo: A Star Wars Story (2018).

These roles, of course, ultimately went to Hayden Christensen [above] — who is set to reprise as Anakin Skywalker/Darth Vader in the upcoming Obi-Wan Kenobi series with Ewan McGregor’s Jedi Knight — and Woody Harrelson [below], respectively.

According to one article about Bale’s near-misses with the Star Wars franchise:

The Academy Award winner has never confirmed or denied these rumors, and in fact, acted rather coy about the possibility of joining the prequel trilogy back in 2000. When promoting his film American Psycho (2000), the star teased a new project he was signed on for, and when asked directly whether or not it was Star Wars, Bale reportedly said: “You wouldn’t have heard that from me. My lips are sealed.”

With the Star Wars universe set to continue expanding over the next few years, who’s to say we couldn’t see Bale eventually cast as a Star Wars character.

Frankly, we think he’s more than proven he can play dark and demented (we see you, Bateman) and we’d love to see him given a shot as a High Republic Sith Lord — or even Darth Plagueis himself — in Leslye Headland’s The Acolyte, but, of course, nothing has been confirmed about this possibility.

For now, in addition to his MCU debut, Bale is working on two projects — an untitled David O. Russell film and The Pale Blue Eye, in which he will play Augustus Landor.

Do you want to see Christian Bale appear in the Star Wars galaxy at some point?

Catch up on the entire Skywalker Saga — and all of the adventures of Han Solo (Harrison Ford), Princess Leia (Carrie Fisher), and Jedi Knight Luke Skywalker (Mark Hamill) on Disney+ anytime. You can also watch both seasons of The Mandalorian and Disney Gallery: The Mandalorian 24/7.