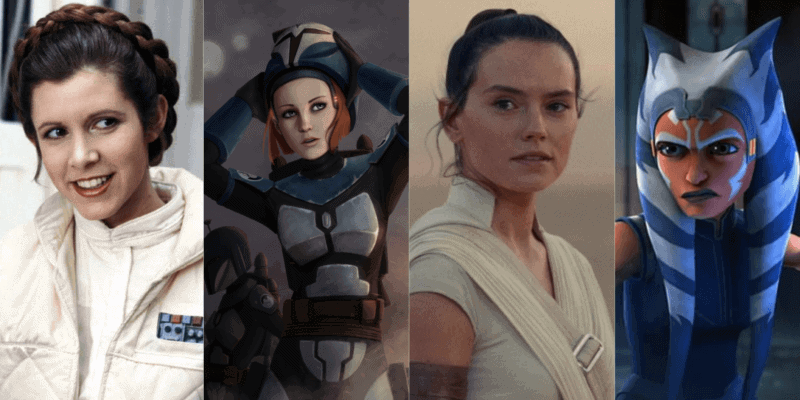 In the spring, the development of a female-centric Star Wars series with Leslye Headland (Netflix’s Russian Doll) at the helm was announced.

Now, for the first time since the news broke, we have some additional details about the upcoming Star Wars project — and they’re straight from Headland herself!

Speaking on the “Let’s Be Frank” YouTube show, Headland shared:

“For me, it’s less about traversing the Star Wars universe cinematically or artistically and instead combing it geographically and taking a literal journey. When we were starting, I asked my designer to create the red dotted line for Indiana Jones [a map]. This is our journey, this is where we are going.”

Headland also pointed out that just because her upcoming series is being touted as “female-centric,” doesn’t mean there isn’t a place for everyone in the show. She said:

“Just because my show is technically, yes, ‘female-centric,’ meaning it centers around a female protagonist, I don’t think that necessarily excludes men from that space. I relate to male characters all the time. I root for Mando. I root for Luke… An inclusive space means an inclusive space. But at the same time, I think that just because something has a female protagonist doesn’t necessarily mean it’s only for women.”

As the popularity of The Mandalorian continues to surge with Season 2’s October 30 Disney+ debut, Headland is stepping into the Star Wars saga at a very exciting time.

Thanks in large part to Baby Yoda and other Mandalorian characters on the Disney streaming service, new Star Wars fans are emerging all the time. This gives Headland and her cast and crew a platform they might not have had — both literally and figuratively — even a few years ago.

Casting details are not available at this time.

What part of the timeline are you hoping the new female-led Star Wars series takes place in? This writer is hoping for the High Republic era!