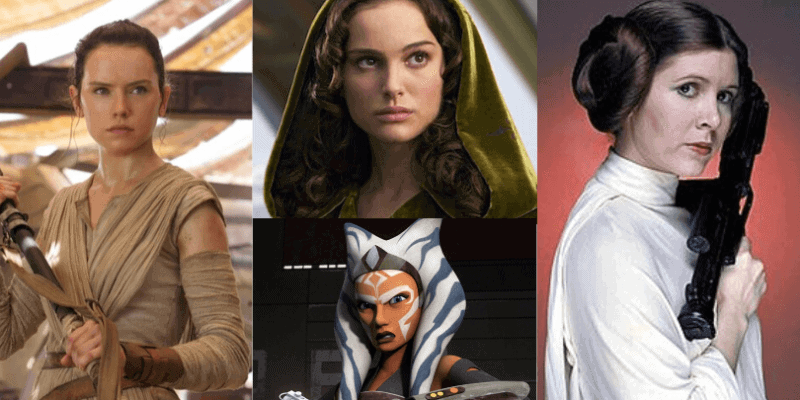 Ladies, the Force is with us! News just broke that a female-centric Star Wars series is in the works for Disney’s streaming service, Disney+. Here are the details we know so far.

Variety reports that according to their sources, Leslye Headland (of the popular Netflix series Russian Doll) is working with Disney to create an all-new Star Wars show for the company’s streaming service.

Details of the exact plot of the series are being kept under wraps, but sources say it will be a female-centric series that takes place in a different part of the “Star Wars” timeline than other projects. Headland is said to be attached to write and serve as showrunner on the series, with the show currently staffing.

So far, this is all we know of the series. It’s unclear who the series will focus on, other than the fact that it will be female-centric. But from a fan’s perspective, it sounds pretty awesome, especially when you consider that three other Disney+ Star Wars series (The Mandalorian, the Obi-Wan Kenobi series, and the Cassian Andor series) all center around a male protagonist.

Star Wars fans have had quite a few females to look up to in the decades since A New Hope hit theaters. From Leia and Padme to Rey, Ahsoka Tano, Jyn Erso, and so many more, the women in the Star Wars universe are unique role models who can each teach us valuable lessons, no matter how old we are when we see them on screen.

President of Lucasfilm Kathleen Kennedy even shared earlier this year that future Star Wars films will have a female director, although at the time she didn’t mention who.

Given fans’ yearning for more female representation and the timeless influence that characters like General Leia Organa have had on generations, it’s no wonder Disney and Lucasfilm have decided that it’s time for a female-centered Star Wars series.

But what do you think? Are you excited that a female-centric Star Wars series is coming to Disney+? Do you hope to see familiar faces in the new show? Let us know in the comments.