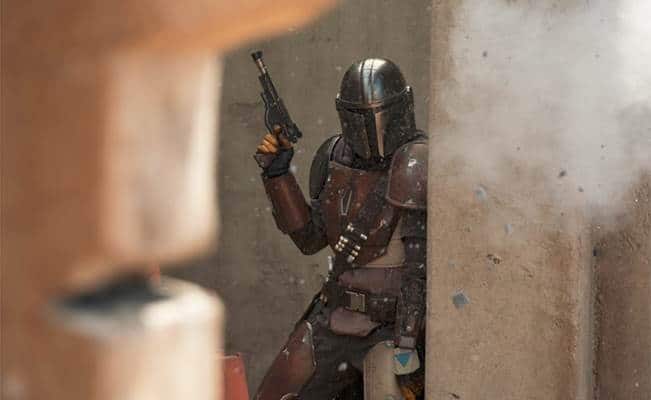 A feminist critic recently came under fire for her dislike of the portrayal of women in the new Disney+ original show The Mandalorian. While she criticized the show for its female representation (or lack thereof),  Star Wars fans and internet trolls have fired back to shut down the critiques from what many are calling “outraged social justice warriors.”

Following the premiere of the first episode of Lucasfilm’s The Mandalorian, well-known feminist critic Anita Sarkeesian took to Twitter to voice her opinion. She criticized the show for its lack of women. She pointed out that the lack of female representation in the “Chapter 1” of the show, “feels especially jarring given how much the recent films have done to amplify women and women of colour who have been historically marginalized in the franchise.”

Am I extremely tired or is there not a single female speaking character in the first episode of #Mandelorian?? I've gotta have missed something right??? pic.twitter.com/nSo7sv4CUr

Sarkeesian isn’t wrong. In the first episode of The Mandalorian, it’s very clear that she show has a very prominent male lead. And for the first episode of a very short season to fail to introduce a prominent female character when we’ve seen the rest of the Star Wars franchise do so, it can be easy for fans to feel taken aback.

But it wasn’t long before Sarkeesian’s Tweet was met with criticism of its own. Fans pointed out that there is one scene in the episode in which a woman speaks, and Sarkeesian later corrected herself on Twitter. But still — Sarkeesian’s comments about the lack of female representation still ring true. A woman does only speak in just one scene of  The Mandalorian‘s first episode.

By the morning, thousands of Star Wars fans and internet trolls had taken to Twitter to refute Sarkeesian’s claims, criticize her, or harass her altogether.

No wonder you're so tired.

They say you should stretch before making such reaches, especially at your age.

maybe you should switch to The Real Housewives of Beverly Hills… I'm sure you'll find much to relate to there…. pic.twitter.com/lfLCxPjvvO

"I watched a TV show that wasn't about me or my agenda" pic.twitter.com/3szfmsKHFH

Correct me if I'm wrong, but isn't the lead of the new movies a female? Or am I assuming Rey's gender again?

In this case, as Insider points out, the replies to Sarkeesian’s Tweet outnumber the likes and retweets, and thousands of Twitter users dogpiled on the critic to share very repetitive, hurtful comments. The replies to Sarkeesian’s initial tweet about the lack of female representation in  The Mandalorian went beyond just agreeing or disagreeing with her viewpoints. They criticized her character and person.

She later took to Twitter to share why the replies to her Tweet about the lack of female characters in  The Mandalorian were toxic. In this case,  The Mandalorian clearly has a very large fanbase — just like the rest of the  Star Wars franchise. But when one person shared an opinion that differs from the majority, she was harassed and bullied for expressing her point of view.

tl;dr: online harassment isn't just threats, it's never being given the benefit of the doubt because you are a woman. It's never being able to make a typo or small mistake. It's having 3000 people actively try to silence you because you have an opinion about a beloved TV show.

“It’s ironic. Women, especially feminists, get accused of being emotional and angry and all of these things when all we said was ‘Hey, I noticed this thing. And it’s kind of a problem, and I think it’s really bad for our society,'” Sarkeesian said to Insider. “If they didn’t reply to it, my tweet would have just been gone. They made it a much bigger deal.”

Sarkeesian isn’t the only person who has pointed out the lack of female characters in The Mandalorian. And she certainly isn’t the only one who has been criticized for doing so. Insider writes that Twitter users with and without large followings have become “overwhelmed” with anti-feminist Twitter replies and direct messages after they tweeted about how few women are in The Mandalorian so far.

Star Wars fans are known for this dogpiling harassment tactic online. Daisy Ridley — known for her role as Rey, the main character in the most recent  Star Wars trilogy — has come forward saying that she doesn’t think fans should be so “vicious.” Kelly Marie Tran was harassed by fans who didn’t like her character, the first woman of color in a leading  Star Wars role. And it’s been rumored that the Game of Thrones showrunners quit their Star Wars project because they were afraid of the “toxic” Star Wars fandom.

So where do you stand: are you disappointed with the lack of women in The Mandalorian, or do you think the show is great as-is? Let us know your take on the show and the criticism in the comments.