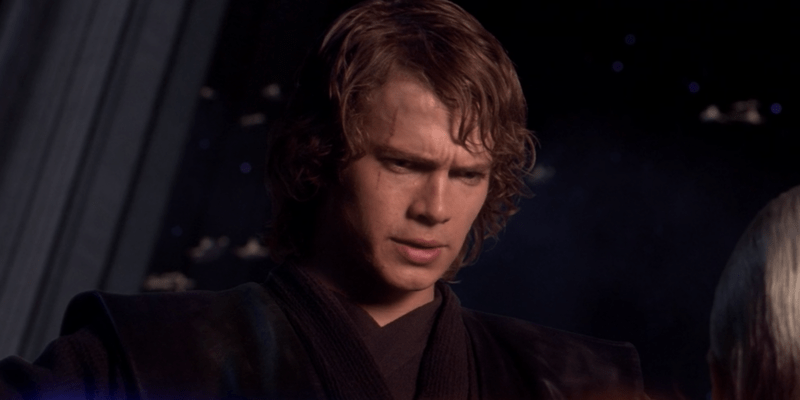 After close to 20 years, the Star Wars live-action universe will finally tell more of the story of Jedi Obi-Wan Kenobi and his former Padawan turned Sith Lord, Anakin Skywalker AKA Darth Vader. The two will appear soon in the upcoming Obi-Wan Kenobi Disney+ series from director Deborah Chow, although a release date is yet to be confirmed.

The reunion of Ewan McGregor (Obi-Wan Kenobi) and Hayden Christensen (Anakin Skywalker/Darth Vader) in their iconic Star Wars roles in Lucasfilm’s new series sparked a lot of excitement when it was first announced. Now, fans can have their first look at Christensen’s Vader and a hint at how his return to the galaxy far, far, away might play out.

Two years ago, Lucasfilm announced the return of the fan-favorite Jedi that Alec Guinness and Ewan McGregor made famous in live-action Star Wars. At the end of 2020, Christensen was announced as returning to the universe to play his villain, Darth Vader, and then earlier this year, it was confirmed who would be joining McGregor and Christensen in the new streaming series. There has been a steady trickle of information coming out of the Obi-Wan Kenobi camp — which will join existing shows like The Mandalorian and The Bad Batch on Disney+, as well as fellow upcoming series such as The Book of Boba Fett, Ahsoka, Andor, and the rest of projects announced by Lucasfilm President Kathleen Kennedy.

Fans saw what happened with Kenobi and Skywalker in between the events of the prequel trilogy’s second and third installments in the Star Wars: The Clone Wars animated series — which also saw the introduction of Anakin’s Padawan Ahsoka Tano — but now we will see more of what happened after the prequels finished in the Kenobi series.

It was recently reported that Obi-Wan Kenobi had wrapped meaning a 2022 release is possible. Other than The Book of Boba Fett which releases December this year, fans don’t know when things like The Mandalorian Season 3 or Obi-Wan’s show may release.

The new television series has also been rumored to feature a young Princess Leia. Whether a young Luke Skywalker turns up is anyone’s guess, but with some events taking place on Tatooine and Piesse’s and Edgerton’s casting, signs do indicate the future Jedi Master may make an appearance.

Few things have been confirmed via the filming of Obi-Wan Kenobi, but the first look of Christensen as the iconic Darth Vader in this new Star Wars story hasn’t been one of them. Until now.

Images and concept art based on the set of the Disney+ series have been released by Star Wars News Net — although, please bear in mind, these images have not been confirmed by Lucasfilm themselves. You can check the photos out here.

Star Wars News Net provides two images and one of their own concept. One sees a maskless Darth Vader hooked up to all sorts of equipment, with the website stating that the image is in no way rendered, and the second image — which is an artist rendering of a setpiece — shows a bacta tank just like the one Luke Skywalker (Mark Hamill) found himself in in Star Wars: Episode V – Empire Strikes Back (1980).

There are some interesting things here. We know Christensen will presumably be maskless for at least some moments of the series per his very specific casting. The Star Wars original trilogy used James Earl Jones to voice the character with David Prowse providing the physical presence of the villain — the masked element of Vader meant that Lucasfilm wasn’t restricted to using just one actor to bring the character to life.

The use of a bacta tank would be a perfect way for the Obi-Wan Kenobi event miniseries to showcase Christensen’s Vader while also giving fans more of an idea about how he survived following the historic events of Star Wars: Episode III – Revenge of the Sith (2005). And as with most things Star Wars, it would provide a nice mirroring and foreshadowing, at least in terms of the Skywalker Saga timeline, to his son’s survival in Empire.

With production reportedly wrapped, more on the series — which takes place 10 years after that epic duel on Mustafar — will likely be shared in the coming months.

What do you think of these images of Hayden Christensen as Darth Vader? Let us know in the comments!