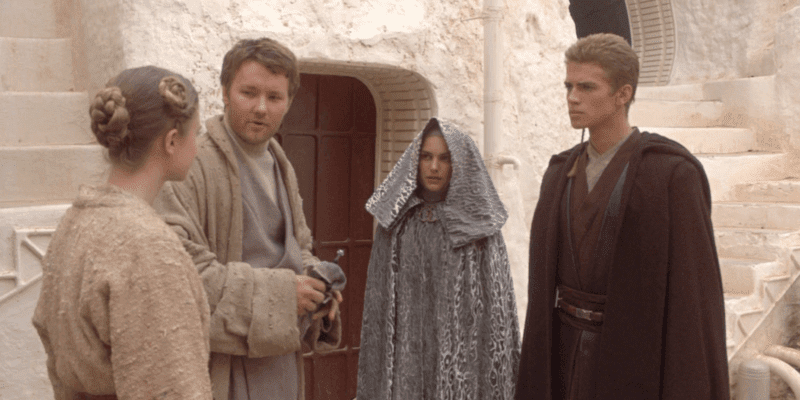 Obi-Wan Kenobi is undoubtedly one of the most highly anticipated Star Wars series on the docket for next year. Director Deborah Chow’s (The Mandalorian) special event series will see Ewan McGregor (Jedi Master Obi-Wan Kenobi) and Hayden Christensen (Darth Vader/Anakin Skywalker) return to the Star Wars universe for the first time since George Lucas’s prequel trilogy.

The show will be set approximately ten years after the events of Star Wars: Episode III – Revenge of the Sith (2005), which saw the Jedi and his former Padawan have an epic lightsaber battle on Mustafar before Anakin officially took up the mantle of Sith Lord Darth Vader.

Little is known about the specific plot of the series, but it has been all but confirmed that Darth Sidious/Emperor Palpatine and Vader’s Inquisitorious will make their live-action debut and that another animated Star Wars Rebels fan-favorite — Aleksandr Kallus (David Oyelowo) — will be hunting the Jedi Knight, as well.

Furthermore, Darth Maul actor Ray Park has indicated that his fan-favorite Sith Lord may also make his return to the Star Wars franchise in the Obi-Wan Kenobi series.

Now, Kenobi series actor Joel Edgerton (Owen Lars) has shared that the cast themselves are “as in the dark” as fans as far as he knows! Per ComicBook.com:

“I’m unable to discuss [the series] and potentially totally as in the dark as you are,” Edgerton revealed to ComicBook.com when asked how Owen was involved in the narrative. “We all know the universe of Star Wars is on serious lockdown. Part of the reason for that is that people don’t want the stories too spoiled before they come out. The great thing about Star Wars fans are they are the creators of the next Star Wars universes and I think that whoever’s creating these things are creating them with the fans in mind, knowing that they hold the keys to that universe. To deviate too far from what you might expect could mean death by lightsaber and yet, to not introduce surprises within that mix is death to creativity.”

Edgerton will be joined by his prequel trilogy costar, Bonnie Piesse (Beru Lars) as the duo reprise their roles as Luke Skywalker’s aunt and uncle who raised him as a Tatooine farmboy.

We are expected to learn more about young Skywalker’s childhood on the desert planet in the upcoming show.

With the official debut date of Obi-Wan Kenobi still unknown — it is expected to hit Disney+ in 2022 alongside numerous other Star Wars series, including The Mandalorian Season 3, Ahsoka, Andor, and The Acolyte — all we can do is wait with the cast to find out exactly what holes will be filled in within the post-Order 66 Star Wars story.