New 'Star Wars' Series Gets Production Date, Will Be "Tent Revival" For Franchise - Inside the Magic 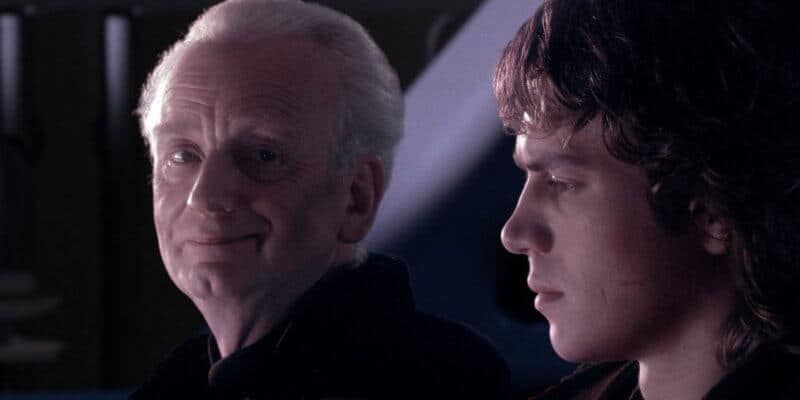 Leslye Headland (Russian Doll, Sleeping With Other People) has recently been making the rounds discussing her upcoming Star Wars series, The Acolyte.

The mystery thriller will focus on the rise of the dark side of the Force at the end of the High Republic era, and although the protagonist in the show will be a woman, many Star Wars fans expect that the rise of Darth Plagueis — Sheev Palpatine/Darth Sidious’s Sith master and murder victim — will play into the plot.

Plagueis was first mentioned in the existing Star Wars canon in Star Wars: Episode III – Revenge of the Sith (2005). Fans may remember Chancellor Palpatine (Ian McDiarmid) asking Anakin Skywalker (Hayden Christensen), “Did you ever hear the Tragedy of Darth Plagueis the Wise?”

Anakin responds, “No”, to which Palpatine replies, “I thought not. It’s not a story the Jedi would tell you. It’s a Sith legend.”

Lucasfilm President Kathleen Kennedy confirmed The Acolyte at the 2020 Disney Investor Day event last December, but did not provide details about when it will air on the Disney+ streaming platform.

Now, it seems that we know when The Acolyte will go into production, and it’s not nearly as far away as some expected. Per a new report about the upcoming Star Wars series:

Lucasfilm is aiming to begin production on The Acolyte this upcoming February in London.

The series will likely use ‘The Volume’ that has been set up in Pinewood Studios in London following the successful use of the technology in Los Angeles for the first 2 seasons of The Mandalorian, as well as The Book of Boba Fett. Peyton Reed, who directed multiple episodes of The Mandalorian this last season, is currently using The Volume at Pinewood to develop Ant-Man and the Wasp: Quantumania, starring returning cast members Paul Rudd, Evangeline Lilly, Michelle Pfeiffer, and Michael Douglas.

The report also suggests that Lucasfilm is currently casting a “young woman of color” for the leading role in the show.

In a previous conversation with the Fantastic Frankey YouTube channel, Headland shared that she is viewing her series as a “tent revival” for the Star Wars franchise, indicating that there will be space within her specific Star Wars story for longtime fans to get excited — and for new fans to find their place in the Star Wars universe:

“I relate to male characters all the time. I root for Mando [Pedro Pascal’s bounty hunter Din Djarin]. I root for Luke [Mark Hamill’s Jedi Knight Luke Skywalker]… An inclusive space means an inclusive space. But at the same time, I think that just because something has a female protagonist doesn’t necessarily mean it’s only for women.”

As it turns out, we might discover exactly what The Acolyte is all about sooner than we anticipated.

The original Tweet about the series on December 10, 2020 reads:

Are you looking forward to this series? Do you think The Acolyte will actually be a “tent revival” or will it fall short?