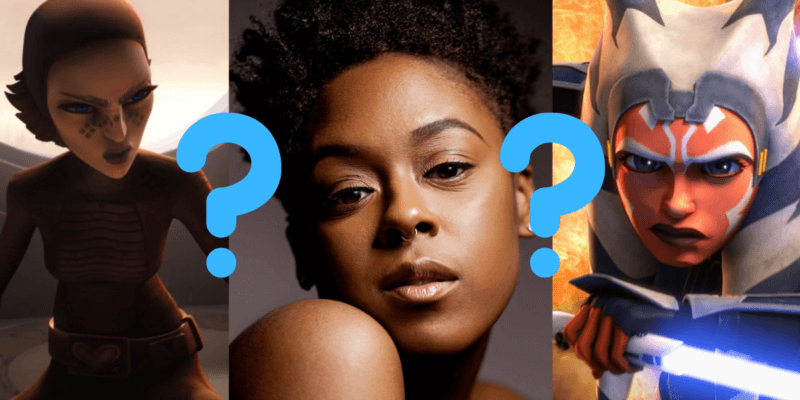 It’s an exciting time to be a Star Wars fan, with the iconic Skywalker Saga wrapped up (for now) and many projects announced for the future. What is, perhaps, most exciting about Obi-Wan Kenobi is that even with this casting announcement, aside from certain actors reprising their roles from previous installments, there have been no details released over what characters we will see joining the Jedi…or the Sith.

Well, one of the cast members has dropped the first hint.

Moses Ingram, who shot to prominence in Netflix hit The Queen’s Gambit, recently shared a photo on Instagram, which could be our first clue at where the highly anticipated show may go.

What Did Ingram Say?

“I play with lightsabers.”

Ingram’s character is still unknown, but we know she will be starring alongside McGregor and Christensen, as well as Joel Edgerton and Bonnie Piesse — reprising their roles as Owen and Beru Lars from Star Wars: Episode II – Attack of the Clones. As expected, the news drew a lot of attention, with fans already guessing who Ingram could play.

What Are The Fans Saying?

We have already seen a live-action Ahsoka Tano (Rosario Dawson) — first made famous by Ashley Eckstein in Star Wars: The Clone Wars — come to the small screen in The Mandalorian Season 2. Theoretically, though, a younger incarnation of the character could show up alongside Obi-Wan or maybe in a flashback with Anakin Skywalker, since she was his Padawan.

Another fan, Hunter, thought an Ingram Ahsoka Tano was unlikely:

“I’ll say it now, I don’t think Moses Ingram is playing Ahsoka. I think she’ll be an inquisitor, perhaps one we haven’t seen yet.”

I’ll say it now, I don’t think Moses Ingram is playing Ahsoka. I think she’ll be an inquisitor, perhaps one we haven’t seen yet.

Taking the Inquisitor theory a step further, in a reply to the Star Wars Theory account, this comment from Ryan said:

Many will be aware of Barriss Offee’s tumultuous past with the Jedi. From helping sway the battle on Geonosis to her eventual disillusionment of the Jedi’s role in the wars, Offee has been both hero and villain. Obi-Wan Kenobi could be the time for Barriss Offee to make an appearance in the live-action Star Wars universe.

It is not unlikely that Obi-Wan Kenobi will feature more Jedi than just Obi-Wan and more Sith than Darth Vader. Even after Emperor Palpatine spoke the infamous line — “…execute Order 66” – in the conclusion to the prequel trilogy, Star Wars: Episode III – Revenge of the Sith (2005), Force-sensitive beings have still managed to grace our screens. Ahsoka Tano survived.  Grogu survived. It is probable that we will see more lightsaber-wielding characters in this new television event. We could see some old places too, like Tatooine or Naboo.

Wherever we go, whatever we see, it is sure to address the bad blood between the old Master and Padawan, and give us a look at what happened after that pivotal lightsaber duel on Mustafar.

Who do you think Ingram will play in Star Wars?