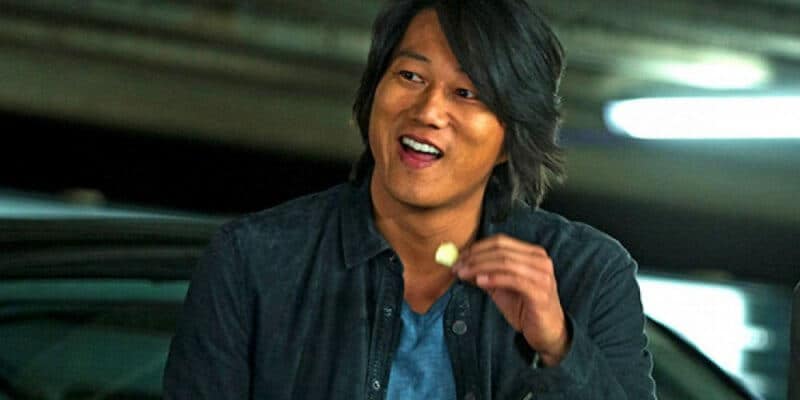 Fast and Furious 9 star Sung Kang (Han) has been busy lately. Between doing press for F9, which releases on June 25, and filming the upcoming Disney+ series, Obi-Wan Kenobi, the actor has found his way into the spotlight.

Recently, Kang spoke to Emmy Award-winning Tara Hitchcock about everything he has going on in Hollywood right now. Inevitably, the subject of his Star Wars debut came up — and Kang had a very bizarre teaser about Obi-Wan Kenobi for Star Wars fans.

The actor shared that “There is a sexual deliciousness to this character”, whose name has not yet been revealed. Unsurprisingly, Kang didn’t reveal additional details about the new Deborah Chow (The Mandalorian) Star Wars show.

In fact, it seems that the team behind the series is taking queues from Jon Favreau and Dave Filoni’s secretive Mandalorian set. Recently, nearly 100 set photos from filming surfaced — and every cast member’s costume was concealed by a black robe.

Although little is known about the exact plot of the series, we do know it will take place approximately ten years after Star Wars: Episode III – Revenge of the Sith (2005) and the execution of Emperor Palpatine’s Order 66.

Although the show will be set on Tatooine during Jedi Knight Ben Kenobi’s self-imposed exile, Lucasfilm President Kathleen Kennedy has indicated that fans can look forward to the lightsaber battle “rematch of the century”, indicating that Kenobi and the Dark Lord will find themselves leaving the desert planet at some point.

The official description of the Kenobi series reads:

You can watch Sung Kang’s full interview with Tara Hitchcock below:

Catch F9 in theaters June 25 — watch at your local IMAX for a five-minute preview of Jurassic World: Dominion. Obi-Wan Kenobi will debut sometime in 2022.

Are you looking forward to seeing Sung Kang join the Star Wars universe?