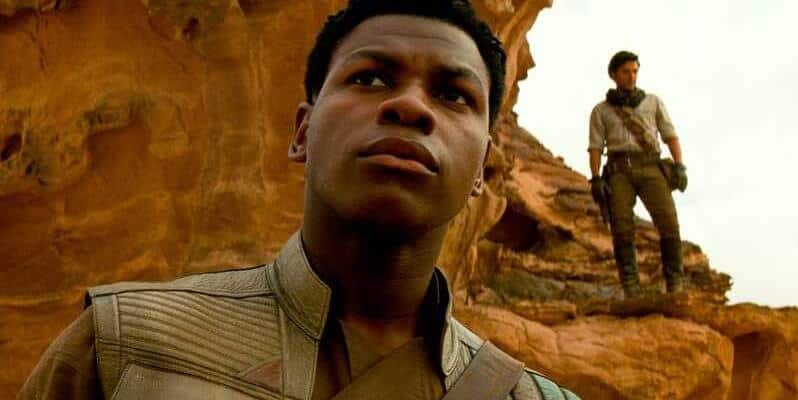 However, despite his starring role in the first installment of Disney’s sequels, many, including Boyega, felt that Finn was sidelined as the trilogy went on. The actor has openly criticized Disney and Lucasfilm in the past, but did sit down with Lucasfilm President Kathleen Kennedy to discuss his grievances.

Boyega’s Finn appeared in all three of the Star Wars franchise sequels — Star Wars: Episode VIII – The Last Jedi (2017) and Star Wars: Episode IX – The Rise of Skywalker (2019) as well as The Force Awakens. The character was introduced as a defective First Order stormtrooper.

In 2020, Boyega starred in Steve McQueen’s Red, White and Blue film as part of his Small Axe anthology series.

Now, the Finn actor continues to move on from the galaxy far, far away and was next slated to appear in Netflix’s, Rebel Ridge, an original thriller headed for the streaming service. However, this month Boyega unexpectedly left the production due to “family reasons”. While personal issues are a completely understandable reason to leave a project, a new report has suggested that more may have been going on behind the scenes leading up to Boyega’s exit.

…other sources say that in fact, Boyega simply walked away from the production with filming underway — which, according to one person with knowledge of the situation, the filmmakers only discovered when they looked for him at his hotel and found that he had checked out.

This is a rather dramatic claim and it must be noted that the source has not been corroborated. The insider sources also went on to say that Boyega not only left for personal reasons but because he had issues with the production:

According to sources, there seemed to be no one incident that prompted Boyega to leave in the midst of shooting. Several insiders, however, say the star had myriad issues ranging from the script to his accommodations.

The Hollywood Reporter went on to report how Boyega leaving Rebel Ridge mid-production isn’t the norm:

Industry veterans say they cannot remember an instance in which a star walked away from a movie when filming was underway. “I know actors who wanted to back out of a movie, but nobody actually bails,” says one top executive who is not involved with the movie. “Not once they started shooting.”

Upon Boyega’s exit, a Netflix spokesperson did issue a statement on behalf of the streaming giant, suggesting that Netflix, Boyega, and Boyega’s UpperRoom Productions still hold a good relationship.

“We remain committed to Jeremy Saulnier’s extraordinary film and look forward to resuming production. We look forward to continuing our partnership with John Boyega’s UpperRoom Productions, in addition to our upcoming film They Cloned Tyrone in which he also stars.”

No one from the Boyega camp has revealed what “family reasons” led to the Star Wars actor exiting the project — and it must be said, he certainly doesn’t have to reveal such personal information — but his UK-based agent has issued a statement on these new reports:

“I can categorically say that these rumours are completely untrue,” he wrote. “People will form their opinions often rooted from boredom. As stated John unfortunately left due to family reasons which in truth is none of anyone’s business except his own. John and Netflix have a wonderful relation which will continue to grow for years to come whether that be through his acting or through [Boyega’s production company] UpperRoom.”

The Rebel Ridge movie is now temporarily paused due to Boyega’s exit, and Netflix has currently not filled Boyega’s character. It is reported that Jeremy Saulnier’s production will resume filming at the start of next year. Boyega is also an activist and took part in the Black Lives Matter protest in Hyde Park, London following the death of George Floyd last year, and continuously advocates to elevate Black stories.

Boyega has a number of projects in the works including Naked Singularity (2021) and They Cloned Tyrone (TBA). The latter will see Boyega star with Jamie Foxx and Marvel’s Teyonah Parris.

What do you think of these new reports of John Boyega leaving Rebel Ridge?