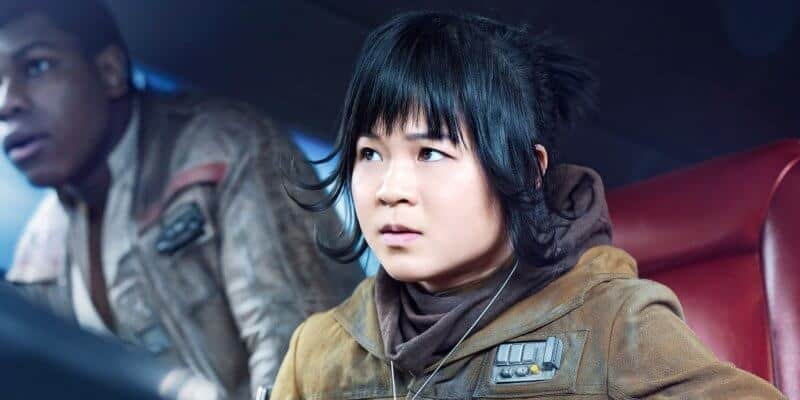 Star Wars star Kelly Marie Tran recently opened up in an interview with ET Online to discuss her career since appearing in Star Wars: The Last Jedi, which, unfortunately, lead to her being bullied online. The hate was so bad Tran decided to leave social media altogether. In this new interview, Tran reflects on how deleting her social media handles has been “the best thing” she ever did.

“I mean, I think that, you know, it’s a different decision for everyone,” Tran explained. “And I think that people should do what they think is right for them. I also think that … it was the best thing I ever did. I don’t know. It’s funny, it feels like people are still shocked by it sometimes. I’m like, no … I just did what was best for me.”

To some fans online, Star Wars: The Last Jedi was met with dissatisfaction, which lead to people making nasty and racist remarks to Tran, who played Rose Tico in the Star Wars film.

Tran may no longer be playing the character from a galaxy far, far away. However, she’s not done working with The Walt Disney Company as she was cast as the lead in the upcoming animated movie Raya and the Last Dragon, which she also spoke about. Specifically, of her character Raya.

“She is someone who is technically a princess but I think that what’s really cool about this project, about this character, specifically is that everyone’s trying to flip the narrative on what it means to be a princess,” Tran shared. “Raya is totally a warrior. When she was a kid, she was excited to get her sword. And she grows up to be a really badass, gritty warrior and can really take care of herself.”

Raya and the Last Dragon is set to premiere in theaters on March 12, 2021.

What are your thoughts on Tran’s recovery from quitting social media? Let us know in the comments!