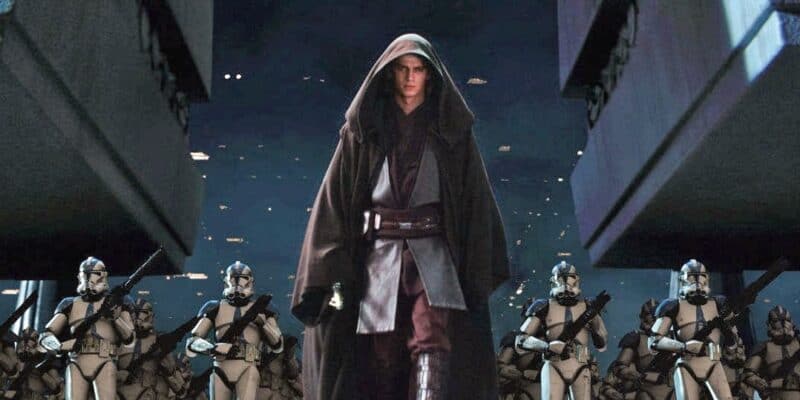 While most fans can’t believe Hayden Christensen is back as Darth Vader, Obi-Wan Kenobi did start off the series with a new look at Order 66. Younglings follow their Jedi instructor through the temple until some 501st Clone Troopers kill her and then the Younglings run away as clones continue to take over the Jedi Temple.

This scene shocked fans because it was so unexpected and also felt odd to include in a series dedicated to Obi-Wan. Since the small scene didn’t include Anakin Skywalker, some fans felt like Star Wars was just using it for fan service, but the scene might explain a big moment from the end of Episode 2.

At the end of Episode 2, Moses Ingram’s Reva/Third Sister has Ewan McGregor’s Obi-Wan Kenobi right in front of her. He is trapped and Reva reveals she doesn’t plan to kill him. She just wants to bring Kenobi to her master. To Darth Vader. Kenobi is shocked because he didn’t know Anakin lived. Yet, fans were shocked to hear Reva say, “Anakin Skywalker is alive,” meaning that she knows the secret identity of Darth Vader.

So far in Star Wars canon, only two people have lived knowing that Anakin is Darth Vader. Those two people are Grand Admiral Thrawn and Grand Moff Tarkin. Everyone else who learns about Vader’s past ends up dead.

So how can Reva know about Vader being Anakin? One fan on Tiktok points out that the opening scene from the series might’ve shown Reva:

Here’s another still from the scene with what appears to be a young Reva:

The interesting part about this theory is that it does explain quite a bit about Reva’s motivations and how she could get away with this knowledge. After seeing Anakin Skywalker being called Darth Vader by some of the 501st Clone Troopers. After listening to Obi-Wan’s message, Reva could be angry at the Jedi Master for leaving the Jedi Order to fall apart.

In the novelization of Revenge of the Sith, Matthew Stover did write that the Jedi Temple took weeks to fully secure because of the amount of Jedi that hid in the shadows and killed various patrols. It’s possible that Reva thought a Jedi Master would come back to save her and the Younglings and then after hearing Kenobi’s message she knew that no one was coming for her.

The theory does have a lot of supporting evidence with Reva being considered by the other Inquisitors to be inferior as she was from the “gutters” and “beneath” people like the Grand Inquisitor. After seeing Hayden Christensen in Episode 3 wearing Jedi Robes, it’s very possible that there will be a flashback with Anakin at the Jedi Temple which would be huge and give fans another look at Order 66 once again.

While Obi-Wan Kenobi hasn’t connected the dots just yet, fans know that it is only a matter of time. Kenobi is now being chased by all of the Empire after Vader finds out where he is. After being left to burn on Mustafar, Vader definitely wants revenge so Kenobi will need to do everything he can to survive.