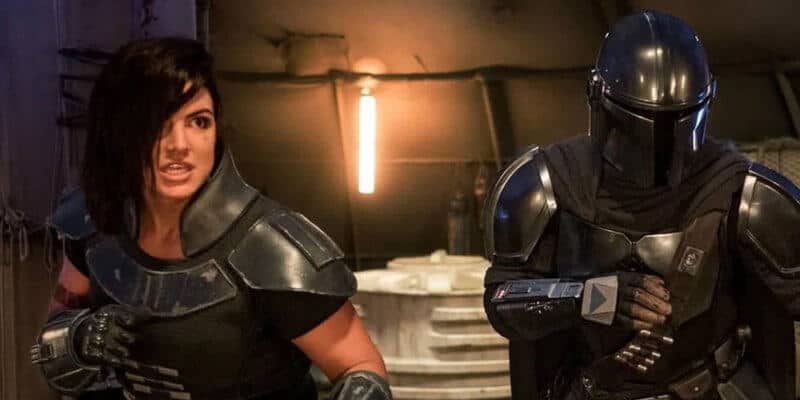 Alderaan — the homeworld of Princess Leia Organa (Carrie Fisher) and The Mandalorian‘s Cara Dune (Gina Carano) — is one of the most tragic planets in all of the Star Wars universe.

The tragic destruction of the peaceful planet in A New Hope was, of course, moviegoers’ introduction to Alderaan. General Tarkin (Peter Cushing) forced Leia to watch as he tested the effectiveness of the first Death Star, destroying her beloved home with a single strike.

Then, in George Lucas’s prequel trilogy, we met Leia’s adoptive father, Bail Organa (Jimmy Smits), years before Alderaan was a pawn in the Galactic Empire’s plan. Smits (In the Heights) reprised his role in Rogue One: A Star Wars Story (2016).

Now, with the return of Smits and the debut of a 10-year-old Princess Leia (Vivian Lyra Blair) in Ewan McGregor’s new Obi-Wan Kenobi series, it seems quite likely that we will ultimately return to Alderaan during an unexplored part of the Star Wars timeline.

Obi-Wan Kenobi takes place approximately eight years after the events of  Revenge of the Sith. Darth Vader’s (Hayden Christensen) Inquisitors are hunting Jedi Knights who survived the execution of Emperor Palpatine’s Order 66 — and there’s one specific Jedi Master at the top of their list.

Kenobi found himself called out of seclusion on Tatooine — where he is watching over young farm boy Luke Skywalker (Grant Feely) from afar — to help the Organas find young Leia after she is kidnapped by bounty hunter Vect Nokru (Red Hot Chili Peppers’ bassist Flea). The reticent rescuer ends up on Daiyu, where he and the little Princess ultimately escape with a little help from an unlikely aid, con artist Haja (Kumail Nanjiani).

As Kenobi and Leia continue their journey back to Alderaan, there is certainly a chance that Deborah Chow (The Mandalorian) and her team will include a cameo from a young Cara Dune — the character played by controversial actress Gina Carano in both seasons of The Mandalorian so far.

Including a young version of Cara could actually help Disney and Lucasfilm continue some stories they might not be able to tell in any other way. The Deadpool actress’s firing from The Mandalorian saga, for example, has halted production on Cara Dune’s spinoff series, Rangers of the New Republic.

Showing even a glimpse of Cara on Alderaan in a series like Obi-Wan Kenobi could allow the Star Wars fan community to see more of her story — perhaps how she became a shock trooper in the first place, for instance — without bringing back Las Vegas-raised Carano, who has expressed that she was “bullied” by the powers-that-be at Lucasfilm.

Although Carano’s Mandalorian costars like Pedro Pascal (Din Djarin), Katee Sackhoff (Bo-Katan Kryze), Temuera Morrison (Boba Fett), and Ming-Na Wen (Fennec Shand) wouldn’t necessarily fit into the plot of a pre-Mandalorian series — their stories will be told as Jon Favreau and Dave Filoni’s “Mando-Verse” continues to expand — this could be the perfect way for Lucasfilm to solve the “Gina Carano problem”.

It’s a viable way to bring fan-favorite Cara Dune back to the franchise without committing to another contract with Carano or recasting the character in Favreau and Filoni’s Mandalorian story.

Furthermore, young Cara could enrich young Leia’s backstory if, perhaps, the duo somehow knew one another in childhood.

Would you like to see a young Cara Dune appear in Obi-Wan Kenobi, even just in a cameo?