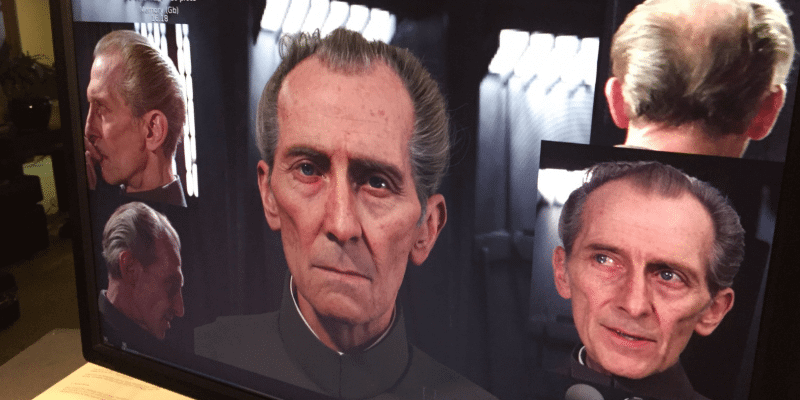 If there’s one bit of CGI magic that took the world by storm in Rogue One: A Star Wars Story, it’s the computer-animated re-creation of the classic villain Grand Moff Tarkin. Seriously, it looked like Peter Cushing was right there in all his evil glory.

As many Star Wars fans know, this was all through the mastery of Industrial Light and Magic and actor Guy Henry. Well last night on ABC’s Nightline, there was a giant inside look on the three-step process that brought the character back to life.

Here’s the preview of the episode:

Basically (and I use the term loosely), Henry acts out the full scene in costume so that uses voice and physical mannerisms to enhance the final product. Then they go in and digitally add Cushing’s face to the actor. An old face mold of the actor was used to help make the whole process as accurate as possible. The entire process is absolutely mind blowing, and certainly blurs the uncanny valley that tends to destroy believability in CG characters. I’m sure we all have people in our lives who insist that they didn’t believe he (or that other surprise CGI character appearance) looked convincing enough to play a role in Rogue One. But I would honestly be curious to ask somebody who has no idea these characters were deceased — or aged, at the time. I have a feeling they would have a hard time determining whether they were animated or not. You can watch the full episode on Hulu RIGHT HERE, and stick with Inside the Magic for the latest and greatest from a galaxy far, far away!