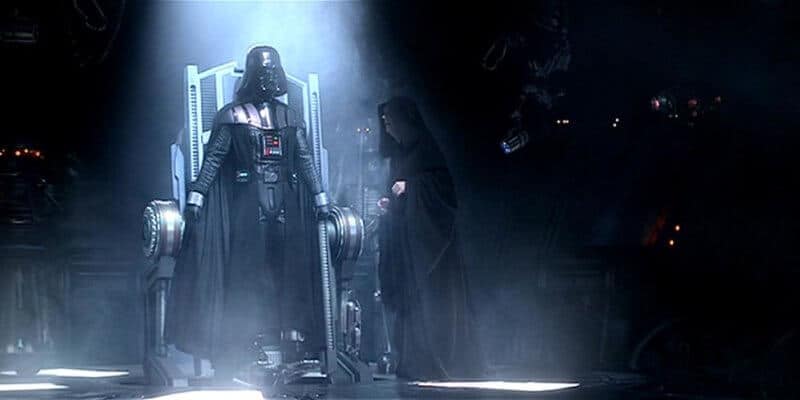 Movie and TV production studios are a constantly revolving door of ideas and full-blown story concepts that never come to fruition.

After George Lucas sold Lucasfilm, Ltd. to The Walt Disney Company in 2012, for example, the studio underwent more than its fair share of changes, and a number of projects were left on the cutting room floor. Among these were Lucas’s final project, an animated Clone Wars spinoff series about a group of Padawans.

Another project that never actually made it into production was Star Wars: Underworld, a Lucas-led series that one article recently referred to as “the biggest missed opportunity in all of Star Wars.”

In an interview about the series-that-never-was, Cory Barlog (God of War), shared details about the poignant nature of the episodes that were already written, specifically in regard to Darth Sidious/Emperor Palpatine (Ian McDiarmid):

“I cared about the Emperor. They made [him] a sympathetic figure who was wronged by this f**king heartless woman. She’s this hardcore gangster, and she just totally destroyed him as a person. I almost cried while reading this.”

Any series that can make Palpatine, one of the Star Wars galaxy’s most hated antagonists, into a sympathetic figure could undoubtedly have a huge impact on the franchise as a whole.

With Rogue One and Solo, Disney has already shown a willingness to continue some of the tales that were supposed to be part of the Underworld saga and, now, with the rise of the Star Wars franchise on Disney+, it is possible that the series could somehow be revived in the future.

Although there has been no official confirmation of a Star Wars: Underworld revival, there may be space on the release schedule thanks to the cancelation of Gina Carano’s (Cara Dune) Mandalorian spinoff, Rangers of the New Republic. There have, however, been rumors that a Bo-Katan Kryze-centric show starring Katee Sackhoff may take its place.

Previously, numerous members of the creative team behind Underworld — which already has about 50 hours scripted — have spoken out about what the series could have been:

Producer Rick McCallum commented on the plot of the series: “[Lucas] envisions somewhere like 100 hours between Episode III and Episode IV with a lot of characters that we haven’t met that have been developed in some of the novels and other things. We are really excited about that. Finally, we could have the opportunity to answer everybody’s questions once and for all by the time we finish the series.”

“It is going to be much darker, grittier. It’s much more character-based. Think about bounty hunter, that’s all I can tell you.” He also called it “Deadwood in space” and “Empire on steroids,” and compared it to The Godfather. Lucasfilm’s Stephen J. Sansweet also described the series as revealing the “greasy, seamy underbelly of Star Wars.”

Writer Ronald D. Moore said that it would’ve generally followed one overarching story, and described it as “…lots of action, lots of sets, and huge set pieces. Just much bigger than what you would normally do in a television show.”

Would you like to see Star Wars: Underworld come back to life somehow?