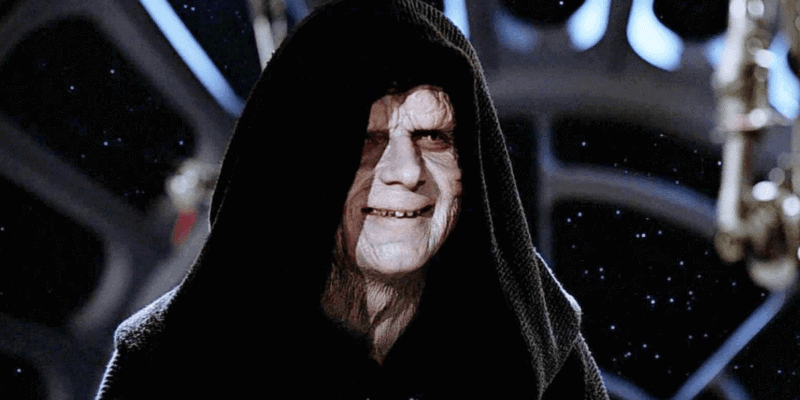 Still, Emporer Palpatine (Ian Mcdiarmid) has always been one step ahead of every character in the Skywalker saga. Fans theories and Lucasfilm confirmations report that Palpatine’s master plan wasn’t over with the fall of the Empire, but only began with Operation: Cinder.

Not many Star Wars fans know about Operation: Cinder, but the overlooked event is insanely important in Star Wars lore. Fans saw Cinder unfold in EA’s 2017 Battlefront II, with Iden Versio leading a band of Imperial commanders after the fall of the Empire in 4 ABY.

Operation: Cinder, according to Wookieepedia, is described as the following:

Operation: Cinder was the code name for the orbital bombardment campaign devised by Galactic Emperor Darth Sidious, who sought to punish the Galactic Empire for failing to prevent his death. Following the Emperor’s demise during the Galactic Civil War in the Battle of Endor in 4 ABY, his posthumous instructions were relayed to loyal Imperial officers by sentinel messenger droids.

They targeted various planets across the galaxy, including Burnin Konn, Candovant, Abednedo, Commenor, and Nacronis, as well as Vardos, a world known for its loyalty to the Empire, and the Emperor’s homeworld of Naboo. Although Naboo was saved during the Battle of Theed, Vardos was devastated by satellites that ravaged its ecological balance.

Operation: Cinder was the first part in the Emperor’s Contingency; the Empire was to be rebuilt in the Unknown Regions while Sidious was secretly revived on Exegol.

Related: New Version of “Star Wars: The Rise of Skywalker” Confirms Palpatine was a Clone

Operation: Cinder was the first falling domino in Palpatine’s Contingency, a plan devised by Darth Sidious/Palpatine for the future of the First Galactic Empire if he dies.

Palpatine believed that if he was ever to perish, the Empire should perish along with him. His Contingency plan called for the destruction of the Empire and its enemies. But, it also called for the Galactic Empire’s rebirth with a selected group of Imperial survivors in the Unknown Regions: Exegol.

While clones of Palpatine were created, including Snoke, Gallius Rax, a protégé of the Emperor, was tasked to put the Contingency into motion. The Emporer planned to have the entire Empire destroyed, culminating in the Battle of Jakku (5 ABY).

Ultimately, the plan was to destroy the planet Jakku during a great battle between the Empire and its adversaries; namely, the New Republic, the government established by the Rebel Alliance. After the Emperor’s death at the Battle of Endor, Rax began the Contingency with Operation: Cinder, scouring both loyal and rebel worlds across the galaxy, such as Naboo and Vardos, which was ordered via Messenger droids. He also arranged for the deaths of several Imperial Military commanders, and allowed the opposing New Republic to win a succession of victories against the Empire.

Before this, the Emporer’s main target, Naboo, was spared by the New Republic after Operation: Cinder attempted to destroy the homeworld of Palpatine and home base to the Republic.

The final phase of the Contingency was ultimately carried out in 5 ABY, as New Republic forces attacked the Empire, assembled on Jakku by Counselor Gallius Rax, during the Battle of Jakku. Using the power of ancient Sith artifacts buried in the surface, Rax sought to carry out the final part of Palpatine’s Contingency by corrupting the planet’s core and life essence with the dark side, thus destroying the desert planet and wiping out both the Imperial and Republic forces, crippling both sides. The Contingency was thwarted, however, by Grand Admiral Rae Sloane, who further sought revenge against Rax after he removed her from power. She killed Rax, though in his dying breaths, he urged Sloane to regroup with select Imperial officers and loyalists in the Unknown Regions and begin the Empire anew.

Sloane’s actions undermined Operation: Cinder. Nevertheless, by taking Rax’s place as leader of the Imperials who escaped into the Unknown Regions, she became part of the foundation of the First Order. As a result, the Emperor’s Contingency proceeded according to his plan to return to power.

Palpatine ultimately loses, and he perishes alongside the First Order, the final step in his Contingency.

In Season 2 of The Mandalorian, Din Djarin (Pedro Pascal) and Migs Mayfield (Bill Burr) infiltrated an Imperial base on Morak. While undercover, Valin Hess offered a toast to Operation: Cinder, as the rhydonim Mayfield and Djarin bought in would help Imperial Remnants carry out the operations on an even bigger scale than Operation: Cinder.

However, with a lost storyline in J.J. Abram’s Star Wars conclusion, fans never knew how and why Palpatine survived and built a fleet of new Destroyers.

Do you think Palpatine’s Operation: Cinder was a solid plan? Let us know in the comments below!