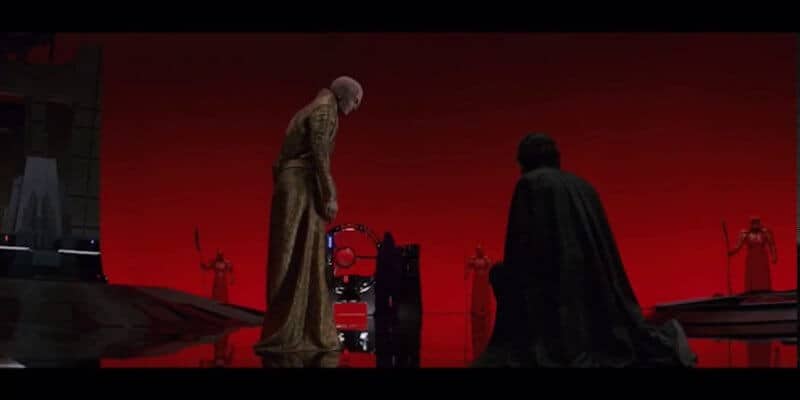 Ever since the Star Wars sequel trilogy — Episode VII – The Force Awakens (2015), Episode VIII – The Last Jedi (2017), and Episode IX – The Rise of Skywalker (2019) — released, Star Wars fans have been deeply divided about the plot of the final three movies in the Skywalker Saga.

Even director JJ Abrams — who oversaw both The Force Awakens and The Rise of Skywalker after Colin Trevorrow left the project — has admitted that the sequels would have benefitted from a better storytelling plan.

Many fans were unhappy not only with how Jedi Knight Luke Skywalker (Mark Hamill) and Han Solo (Harrison Ford) met their demises, but with the story arcs set forth for the sequels’ heroes, Rey (Daisy Ridley), Poe Dameron (Oscar Isaac), and ex-stormtrooper Finn (John Boyega).

Boyega, in particular, has been vocal about his dissatisfaction with the Star Wars franchise, even sitting down with Lucasfilm President Kathleen Kennedy for an “honest conversation” about his experience.

One of the biggest problems overarching in the divisive films is the sheer existence of Supreme Leader Snoke (Andy Serkis). From the start, it appears that Snoke’s only real purpose is to function as a placeholder until Kylo Ren/Ben Solo (Adam Driver) can kill him and take up the mantle of “Supreme Leader” himself.

Although many Star Wars fans already presumed that Snoke was a failed Emperor Palpatine (Ian McDiarmid) clone, Star Wars has just officially confirmed this information for the first time, in a new post on StarWars.com.

Destiny, and the Contingency, would catch up to Rey in the form of the First Order, led by one of Palpatine’s evil duplicates called Snoke. Although Snoke was unsuccessful in bringing Rey to Palpatine, and was unexpectedly killed by his protege Kylo Ren, Palpatine continued to pull the strings in order to reel in his granddaughter [Rey, whose father was also a failed Palpatine clone] so he could finally achieve ultimate power.

Never before has Snoke actually been referred to as an “evil duplicate” of Palpatine, and it isn’t going unnoticed by the fan community. A Reddit post by a user named NumeralJoker already has dozens of comments. It reads, simply:

Did The Official Star Wars Blog just confirm Snoke WAS a failed Palpatine Clone? from starwarsspeculation

I know he was already confirmed as a genetic “strandcast”, but that didn’t necessarily confirm he had Palpatine’s DNA in him or was part of Palpatine’s cloning experiments with his own body. Here he is officially mentioned as a “duplicate” which is a notable difference.

Another user going by KingAdamXVII noted that this gives more concrete information about how Snoke came to be than we previously had:

Well like OP said, there’s more text that says he’s Palpatine’s duplicate. But before I knew that it was entirely plausible that Snoke was literally anyone’s duplicate. They could have used bones from an old Jedi or something.

As the Star Wars universe continues to expand, it seems likely that we’ll continue delving into cloning — showrunner Jon Favreau and Dave Filoni have already dived into clones in The Mandalorian saga and Filoni has continued exploring clones with Omega and Clone Force 99 in his latest animated series, Star Wars: The Bad Batch.

This confirmation that Snoke was, in fact, a failed clone of Emperor Sheev Palpatine/Darth Sidious — though it is important to note that he was not a Sith himself — can only serve to enrich the Star Wars story moving forward.

What do you think about this official confirmation of Supreme Leader Snoke’s origin?