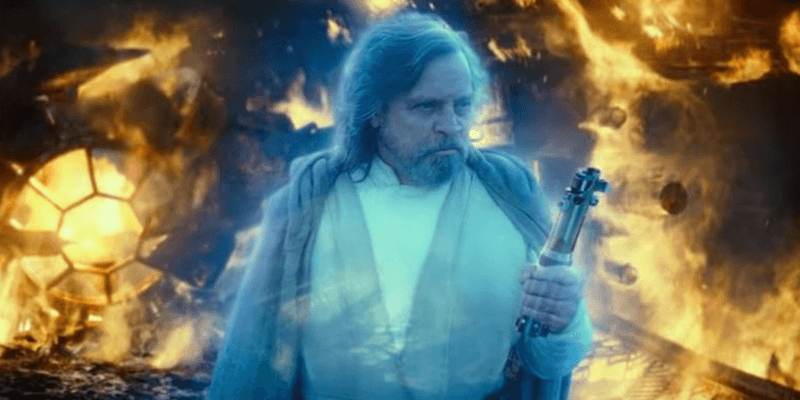 Mark Hamill shared a story about the production of Star Wars: Episode VII – The Force Awakens (2015) that reveals an important hidden role the legendary actor had in the film’s production. While Mark Hamill appeared in a brief, non-speaking role in Star Wars: Episode VII‘s final moments, the Luke Skywalker actor says he worked harder behind the scenes than he did on-screen.

Related: Everything You Need To Know About Luke Skywalker

Mark Hamill famously reprised his iconic Luke Skywalker role in the Star Wars sequel trilogy, appearing for a brief cameo in The Force Awakens (2015) before taking on a far more substantial role in The Last Jedi (2017). The plot of The Force Awakens revolves around Rey (Daisy Ridley) seeking the reclusive Jedi Master to aid the Resistance in their stand against The First Order.

As the film comes to a conclusion, Rey discovers Luke Skywalker living sequestered on the remote planet of Ahch-To. In the scene, Rey offers Skywalker his old lightsaber as dramatic music swells, and the soon-to-be master and apprentice share a charged but silent moment. While this moment is undoubtedly important, both as the emotional crescendo of The Force Awakens and in setting up the second film of the Star Wars sequel trilogy, The Last Jedi, Hamill doesn’t exactly have much to do.

“If you ever feel like you’re wasting your time, just remember that Mark Hamill had to go to the script reading for The Force Awakens.”

Ever the entertaining social media maven, Mark Hamill took notice of the Tweet and responded with some interesting behind-the-scenes insight revealing his hidden role as narrator for the cast of The Force Awakens table read — no small task considering the film’s two-hour-and-fifteen-minute runtime. Hamill says he read the whole script, save for the characters’ dialogue, while the cast worked out their roles as an ensemble. Mark Hamill explained his role for Lucasfilm on that day, saying:

“It wasn’t the waste of time you think. JJ [Abrams] had me read the entire script aloud, except for the character’s dialogue. I actually did more work for Abrams on that one day than in Episodes 7 & 9 combined.”

It wasn't the waste of time you think. JJ had me read the entire script aloud, except for the character's dialogue. I actually did more work for Abrams on that one day than in Episodes 7 & 9 combined. https://t.co/v4hzPKscwg

You can catch up on the Star Wars sequel trilogy, the entire Skywalker Saga, and the Jon Favreau & Dave Filoni Mandolorian saga — with the next chapter set to occur on The Book of Boba Fett coming in December 2021 — on Disney+.

You can even catch the surprise top secret cameo of a digitally de-aged version of Star Wars actor Mark Hamill slicing and dicing dark troopers with his lightsaber in the instantly classic Mandalorian season 2 finale!

Were you pleased with how Luke Skywalker’s Star Wars story ended in the sequel trilogy? Let us know in the comments!