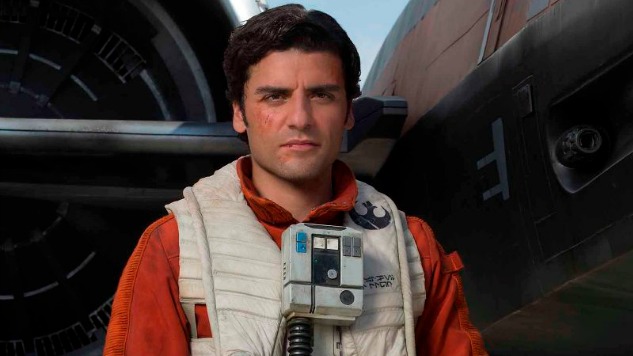 The drill is usually this — you’re in a Marvel movie unless you can’t say you’re in a Marvel movie. It’s become a ritual of sorts for rumored actors to deny their involvement until a real casting announcement or film announcement is made, which is what’s been happening with a lot of Disney+ shows (for example, Hailee Steinfeld as Kate Bishop and Tatiana Maslany as She-Hulk.)

Rumors of Star Wars‘ Oscar Isaac as the title character of the Disney+ series Moon Knight have been circling for awhile, ever since Variety first reported the news seven months ago. But Disney and Marvel remained mum about confirming—until now. And in classic Marvel fashion, it was with a tweet that showed Issac in front of a wall of Moon Knight comics.

The tweet reads “WE ARE MOONKNIGHT – Oscar Isaac,” which is a fun little nod to the fact that the character has multiple personalities.

Although this is Marvel’s first official tweet, Isaac’s casting was all but confirmed in multiple rumored reports, as well as by Sebastian Stan who noted the actor would be playing the character during a press conference for Falcon and the Winter Soldier.

Moon Knight isn’t a character that’s super well known outside of the comic sphere, but Isaac taking on the role will definitely change that. We’re not sure what to expect from the series yet or what comic runs the show will pull from, but the art behind Issac seems to give some hints as to what Marvel is thinking in terms of costume design and style. (Issac is definitely suiting up underneath that cowl!)

Previously, Isaac worked under The Walt Disney Company banner as Resistance pilot Poe Dameron in the Star Wars sequel trilogy — Episode VII: The Force Awakens (2015), Episode VIII – The Last Jedi (2017), and Episode IX – The Rise of Skywalker (2019). Although Isaac has indicated he has no immediate plans to return to the Star Wars universe, though he is real-life best friends with the Mandalorian himself, Pedro Pascal.

So far, there’s been no further confirmation of Moon Knight casting, though there are reports that Ethan Hawke has been cast to play the lead villain of the series. With Isaac’s casting confirmed and the Marvel Phase 4 slate picking up steam and going full speed ahead, we should expect some more Moon Knight stuff sooner rather than later.

Moon Knight was set to start shooting in March and is currently scheduled for a release in 2022.

Are you excited to see Oscar Isaac as Moon Knight? Let us know in the comments!