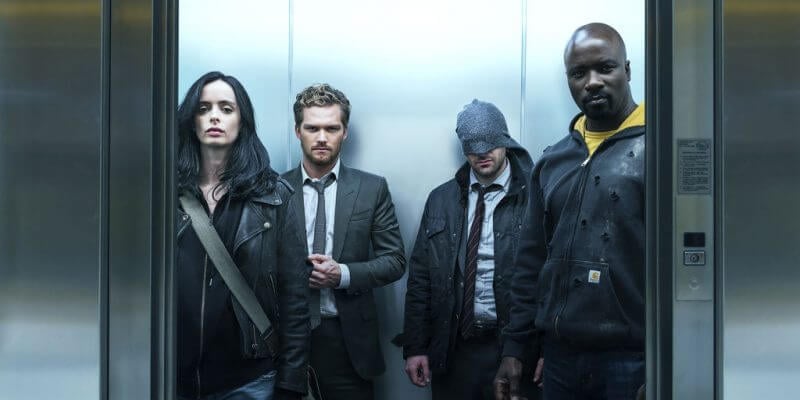 It’s a new age for Marvel Studios, and not just because we’re now in what we can call a “Post Thanos” era. With Disney+ bringing some new characters to the small screen and exploring stories of old ones, there’s potential for so many new stories and new adventures.

It goes without saying that we’re excited to see characters like Kate Bishop, Kamala Khan, Ironheart, She-Hulk, and Moon Knight. But even as we look to the future, we can’t forget about what Marvel TV gave us — Characters like Daisy Johnson, Melinda May, Elektra, Daredevil, Jessica Jones, Luke Cage, and The Runaways. And we can’t help but wonder if there’s a chance that we’ll see them again now that Marvel has full control over their big and small screen stories.

After all… in the worlds of Uncle Ben, no one is ever really gone, are they?

For starters, we’d love to see the Defenders come back—and there’s a pretty good chance they could. Disney+ is currently filming She-Hulk starring Tatiana Maslany, and in the comics, Jen Walters runs around a LOT with the New York street gang.

Plus, Matt Murdock a.k.a. Daredevil is a lawyer just like Jen. And She-Hulk’s best friend? Patsy Walker, who is also friends with Jessica Jones. If there’s any likelihood of seeing The Defenders make their return, Disney would probably keep this pretty under wraps. But out of all the Marvel TV characters, they stand a pretty good chance of making a comeback.

Elektra is also a character who deserves more love and one who we could absolutely see having a new life in the MCU. Played by Elodie Young in Daredevil, Elektra had a pretty good origin story and set-up. She never really got her time to shine, however. And given the chance, Young could take her deadly skills to new heights. One such place where we might see this skilled assassin? The rumored Echo spin-off.

It’s also possible she could show up in Hawkeye, even just as a character introduction.

Once upon a time, Bobbi Morse (Adrianne Palicki) was supposed to get her own spin-off series. Unfortunately, that never happened, but fans never stopped asking for more of Mockingbird’s adventures. If Palicki is willing to reprise her role, she could make a great addition or cameo to the Hawkeye series. Clint Barton’s comic ex-wife showing up during a mission? We want to see it!

Over the course of seven seasons of Agents of S.H.I.E.L.D., Chloe Bennett’s lost orphan went from Skye to Daisy Johnson to Quake—a powerful Inhuman superhero. Ms. Marvel could certainly introduce the Inhumans into the MCU again, as Kamala herself is an Inhuman and that’s a story that would be hard to ignore tackling. But we think that the Secret Invasion show with Samuel L. Jackson is the perfect place to re-introduce Bennett. It fits perfectly with Quake’s character, fighting alongside the Skrulls.

At this time, this is pure speculation but these are just a few of the characters we would love to see return to the MCU.

Who do you want to see return to the MCU from the Marvel TV shows? Share your thoughts!