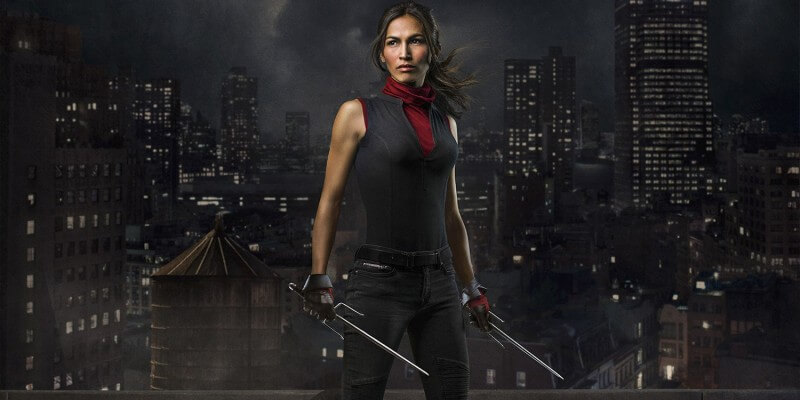 Look who just joined the fight!

With season two of Marvel’s Daredevil arriving in the next month, Netflix has been teasing us with little promo videos and posters that have had us drooling all over our computer screens. This time, Matt Murdock’s former love interest Elektra Natchios (Elodie Yung) is featured in all her badass glory!

Here’s the image and the official description:

Just when Matt thinks he is bringing order back to the city, new forces are rising in Hell’s Kitchen. Now the Man Without Fear must take on a new adversary in Frank Castle and face an old flame – Elektra Natchios.

Bigger problems emerge when Frank Castle, a man looking for vengeance, is reborn as The Punisher, a man who takes justice into his own hands in Matt’s neighborhood. Meanwhile, Matt must balance his duty to his community as a lawyer and his dangerous life as the Devil of Hell’s Kitchen, facing a life-altering choice that forces him to truly understand what it means to be a hero. The image was accompanied by a new 15-second promo video that shows our girl slicing and dicing in a way that should please fans of her handiwork in the comics.

Daredevil’s Season 2 will be released via Netflix on Friday, March 18th at 12:01am.