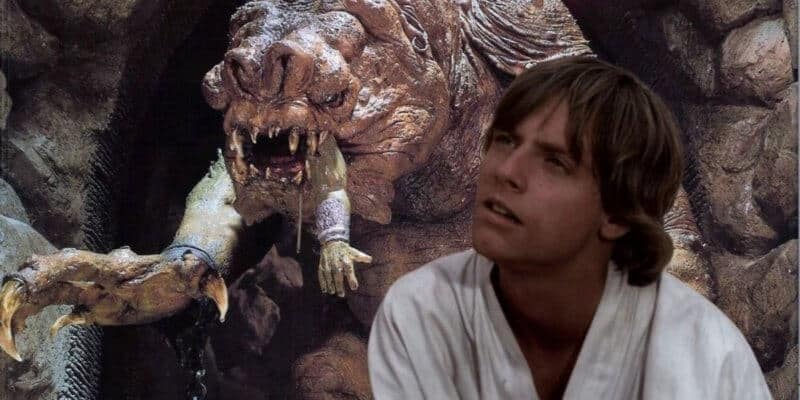 Ever since Mark Hamill reprised his role of Luke Skywalker on The Mandalorian’s Season 2 finale, his always active social media presence has been even more noticeable.

The actor even joined in on the May the Fourth festivities by poking fun at himself, noting that he likely will never be a part of a franchise as big as Star Wars! That being said, Star Wars fans always get a kick when Hamill references the George Lucas-created franchise online.

Most recently, Museum Archive (@ArtifactsHub) took to Twitter to post a photo of an extinct bird claw:

A group of archaeologists discovered this 3,300 year old claw of the now-extinct bird,”Moa”, with flesh and muscles still attached to it.

A group of archaeologists discovered this 3,300 year old claw of the now-extinct bird,”Moa”, with flesh and muscles still attached to it. pic.twitter.com/8SINyP9JEX

Related: Fans Are Losing It Over Dorky Teenage Mark Hamill

Well, when Hamill (@HamillHimself) took a look at this photo, he saw something a little different. The actor reTweeted the Tweet, telling his audience that the hand was obviously not an extinct bird claw, but in fact, the hand of a Rancor:

Excuse me, but I recognize a Rancor’s hand when I see one.

Excuse me, but I recognize a Rancor's hand when I see one. ? https://t.co/plAYuXpI4d

As many Star Wars fans may recall, Rancors are reptile-like carnivores from planet Dathomir (yes, that’s also the home world of Darth Maul). More specifically, fans will remember how Jabba the Hutt used his Rancor, Pateesa, as a quick way to get rid of those he did not like.

The Tweet is hilarious because Luke Skywalker had his own run-in with a Rancor hand as he smashed Pateesa’s during a battle in Star Wars Episode VI: Return of the Jedi before, ultimately crushing him.

If you want to relive the battle, take a look at the YouTube video below:

To Hamill’s credit, the bird claw pictured does look like the hand of a Rancor; however, I would imagine that a Rancor hand would look a little larger.

What do you think? Does this bird claw look like the hand of a Rancor? Let us know in the comments below!