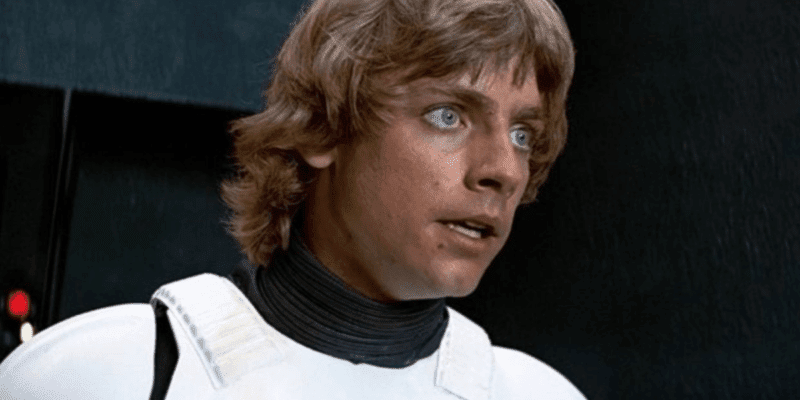 Mark Hamill joined other Star Wars icons – like Pedro Pascal of The Mandalorian, and Samuel L. Jackson of the Star Wars prequel trilogy — in posting a celebratory social media message for Star Wars Day. The actor behind Luke Skywalker used his signature wit to share a tongue-in-cheek observation about the magnitude of popularity of Star Wars exhibited by the annual “May the Fourth” fanfare for Star Wars Day.

Star Wars Day is celebrated on May 4th each year and is arguably the world’s most successful pun-based holiday. “May the Fourth be with you.” Nice.

Today Mark Hamill humorously mulled the possibility that he may be running out of opportunities to be part of a movie franchise as big as Star Wars. In an Instagram post from his @hamillhimself account, featuring a photo of the poster from Star Wars: Episode IV – A New Hope (1977), the legendary Luke Skywalker actor wrote,

“I’m beginning to accept the fact that I’ll probably never do another movie that gets its own day.
#MayTheFourthBeWithYou_Once_In_A_Lifetime”

Pedro Pascal, the man behind the mask in The Mandalorian shared a goofy photo of himself in Din Djarin’s beskar steel armor with his signature helmet perched precariously on top of his head, and sending his May the 4th regards to Star Wars fans, commenting,

Samuel L. Jackson got in on the Star Wars Day fun as well. The actor who portrayed Mace Windu in Star Wars: The Phantom Menace (1999) and Star Wars: Attack of the Clones (2002) famously got George Lucas to agree to give him a purple lightsaber to stand out from the rest of the Jedi. Wearing a t-shirt with his trademark purple lightsaber, Jackson shared,

Star Wars, created by the visionary George Lucas, is such a beloved franchise by its fans all over the world. It is great to see the celebs behind Luke Skywalker, The Mandalorian, Lando Calrissian, and Mace Windu who helped bring the story to life enjoy and celebrate the films with fans on May the 4th, Star Wars Day.

How are you celebrating Star Wars Day? Are you growling like Chewbacca? Snacking like Grogu? Saving the day like R2-D2? Or are you just flying “Han Solo”? Let us know in the comments!