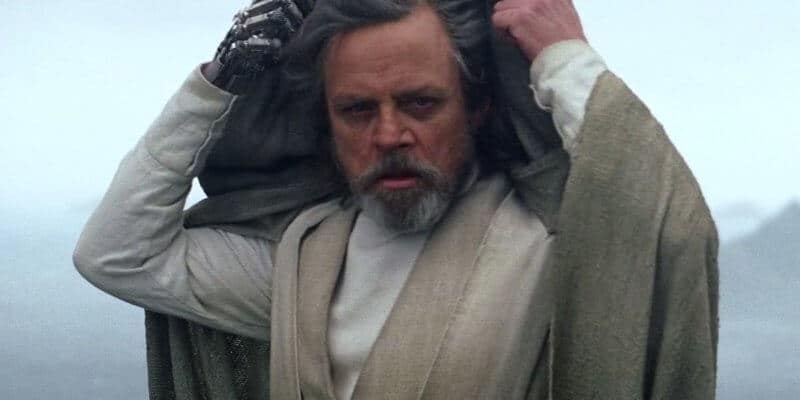 Join Luke Skywalker himself at a Mark Hamill Zoom event on May 4, 2021. Mr. Hamill is supporting the Leslie and William McMorrow Neighbourhood Academic Initiative, this coming Star Wars Day.

Find out all about how you can support the charity below.

Join Mark Hamill for a Zoom event this May 4th

This Star Wars Day, Hamill will raise vital funds for the Initiative by hosting a Zoom event. Today he advertised the event on his personal Instagram feed, posting the below stories;

You can join Mark this coming Tuesday!

For a Star Wars fan, it’s a dream come true to join a Zoom call with such an iconic member of the original trilogy.

Mark Hamill is one of the most beloved actors in the Star Wars saga, right up there with Carrie Fisher, Harrison Ford, and Billy Dee Williams. He’s been the main character in five out of the nine movies in the Skywalker Saga. Furthermore, he also appeared in a cameo role in Episode VII: The Force Awakens (2015).

However, your money will also go towards helping children get into higher education. Here’s a brief excerpt from the charity’s website;

So what are you waiting for? Use the force and book your ticket today!

The Mandalorian season two concluded with a spine-tingling moment for Star Wars fans, as a young Luke Skywalker returned to our screens. Moff Gideon’s (Giancarlo Esposito) plan was foiled as the Jedi triumphantly returned to save the gang and take Grogu away. This tearful moment between Din Djarin (Pedro Pascal) and “Baby Yoda” was even more emotional as fans saw the Luke we’ve been crying out for for years.

Star Wars has many iconic characters: Obi Wan Kenobi, Darth Vader, Princess Leia, Ahsoka Tano; the list goes on. However, the original protagonist will always have a special place in our hearts.

Don’t miss your chance to join the actor for this very special event! Meeting Mark Hamill is a once in a lifetime experience!

The Mandalorian is available for streaming on Disney+ and stars Mark Hamill as Luke Skywalker as well as Pedro Pascal, Gina Carano, and Temuera Morrison as Boba Fett.

Will you be joining the Mark Hamill Zoom event? Let us know in the comments below.