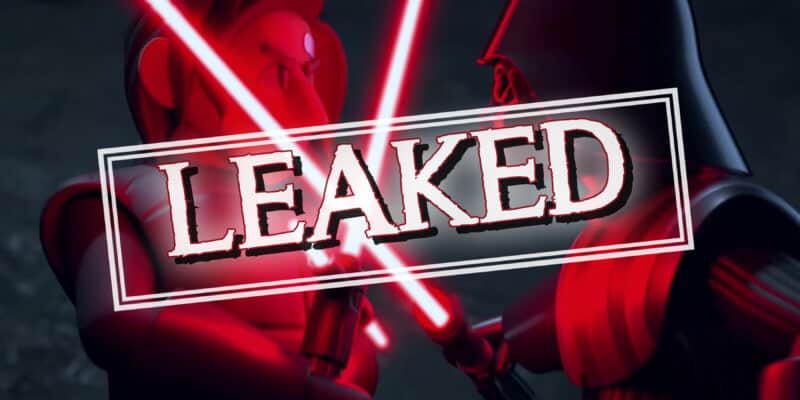 (Spoilers for the leak below).

Well, following the leak of the script for ‘Duel of the Fates‘ (the original working title), you can read would-be spoilers to your heart’s content. The script isn’t light years away from what we got, but the most striking deviations come from what isn’t there; namely, Emperor Palpatine.

It’s an interesting read for sure. While some elements are a little underwhelming and the plot is still pretty ‘run of the mill Star Wars’, certain beats are super fan-pleasing, like Rey physically meeting the force ghost of Obi Wan Kenobi, as well as finally getting her double-bladed blue lightsaber.

Not to mention the inclusion of Darth Vader, Coruscant, a (different) Sith holocron and a less absurd answer to the question of who Rey’s parents are. Han Solo, General Leia, and the force ghost of Luke Skywalker also play significant roles, though Han’s is admittedly much the same.

The best thing of all, however, is that this version of Episode IX doesn’t backtrack on the decisions made in Rian Johnson’s Star Wars Episode VIII: The Last Jedi. On the contrary, it builds on them; Kylo Ren is bad (though still has a smaller redemption arc) and Rose Tico is given a more prominent role, as opposed to the disservice she was done in The Rise of Skywalker.

While you won’t ever see Duel of the Fates on the big screen, you can now see it (kind of) on the small. Movie Youtuber and Podcaster Mr. Sunday Movies has released an animated visualization, collaborating with animator @ethantaylart to create a surprisingly adorable end to the finale of the Skywalker saga!

Breaking down the major beats of the story, the tongue in cheek narration from Mr. Sunday paired with the professional animation of Ethan makes for an entertaining way to visualize this forgotten movie. As the script was leaked, Disney and Lucasfilm obviously never intended the public to see it, so it’s really cool to see Trevorrow’s vision for Episode IX brought to life, (even if it is through cute-faced animation and a rambling, hilarious Australian).

Personally, I would love to jump into a parallel world and see Duel of the Fates. Mainly to see if John Williams’ track of the same name from Star Wars Episode I: The Phantom Menace actually makes it in.

What do you think of the leaked script for Star Wars: Episode IX; Duel of the Fates? Do you think that a Colin Trevorrow Star Wars Episode IX would’ve been a more satisfying conclusion than Rise of Skywalker? Did you enjoy Mr. Sunday Movies’ realization of this movie? Let us know all this in the comments below.