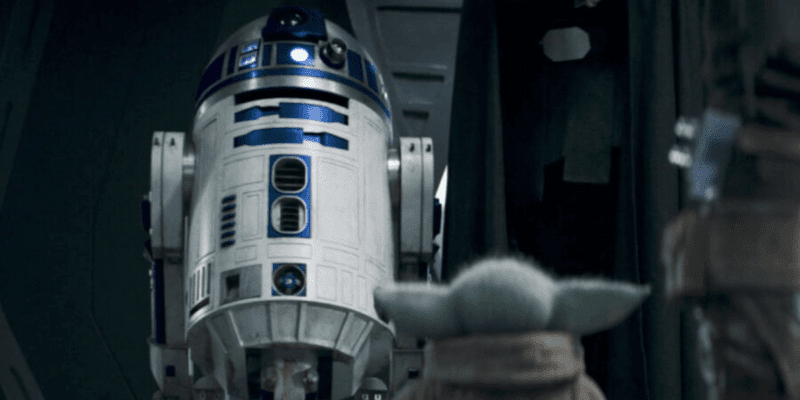 Ever since his Star Wars debut in A New Hope, beloved droid R2-D2 has always had a knack for saving the day. But, does the fan-favorite astromech droid deserve to be viewed as the true hero of Star Wars right alongside the Skywalkers? George Lucas seems to think so.

Most Star Wars fans would agree that the hero of the original trilogy is Jedi Knight Luke Skywalker (Mark Hamill), whose selfless acts of daring inspired Darth Vader (James Earl Jones) to turn his might against Emperor Palpatine (Ian McDiarmid).

Then, the 1999-2005 prequel trilogy followed the saga of Anakin Skywalker (Hayden Christensen) from the time Qui-Gon Jinn (Liam Neeson) identifies him as “The Chosen One” foretold by an ancient Jedi prophecy through his eventual turn to the Dark Side. In the sequel trilogy, Rey Skywalker (Daisy Ridley) channels the strength of all Jedi to defeat the reanimated Palpatine and restore balance to the Force as Anakin/Vader once had.

Though, without the assistance of R2-D2 at critical moments throughout the entire Skywalker Saga, these protagonists would not have been able to achieve their goals and realize their purpose. George Lucas, the creator of Star Wars, sees R2-D2 as the ultimate hero of the universe he created.

An intriguing piece from CBR uncovered a Rolling Stone interview with Lucas, where he explained his rationale for elevating R2-D2 to the Star Wars “hero” pedestal, saying:

“Even with R2, who is clever and ultimately the hero of the whole piece. He’s the Lassie of the movies: Whenever there’s a pivotal moment of real danger, he’s the one that gets everybody out of it.”

While perhaps not the chief protagonist of the Star Wars franchise, R2-D2 has been on the right side of galactic history all along — which can’t even be said for Princess Leia, actually — appearing at key moments throughout the Skywalker Saga to help push the heroes toward success.

In The Phantom Menace (1999), R2-D2 cunningly survives an attack and helps Qui-Gon Jinn, Anakin Skywalker, and Padmé Amidala (Natalie Portman) avoid pursuit from the Trade Federation. Artoo remains with Anakin throughout the original film trilogy and in Star Wars: The Clone Wars until the time of his Dark Side transformation.

Later in the Star Wars timeline, R2-D2 is arguably the most important character to the plot of A New Hope (1977). Artoo, partnered with C-3PO, is entrusted with the highly sought-after plans to the Death Star, giving the astromech and Threepio the task of preserving the valuable intelligence as the Empire scoured the galaxy for the plans. The holographic image of Princess Leia (Carrie Fisher) projecting from R2-D2 and calling Luke to action by invoking the mysterious name of Obi-Wan Kenobi (Alex Guinness) is the defining moment of the original trilogy.

A New Hope also featured R2-D2 famously disabling a trash compactor before it could crush Han Solo (Harrison Ford), Chewbacca, Luke, and Leia. This proved to be the beginning of a pattern for Star Wars films, that had R2 appearing at crucial moments to rescue his friends. While A New Hope featured R2-D2 as the guardian of the Death Star plans, the sequel trilogy cast R2-D2 in a similar capacity. In The Force Awakens (2015), the droid safeguarded the missing piece of the map that would lead to Luke Skywalker’s hidden locale.

For a character that never utters a word across nine films, R2-D2 has had plenty to say with his trademark beeps and boops and a ton of personality. With an unwavering commitment to his friends and cause of the Rebels, Artoo undoubtedly deserves to be in any conversation about the true heroes of the Star Wars franchise.

What do you think? Is R2-D2 the ultimate Star Wars hero? What’s your favorite R2-D2 moment from the Skywalker Saga?