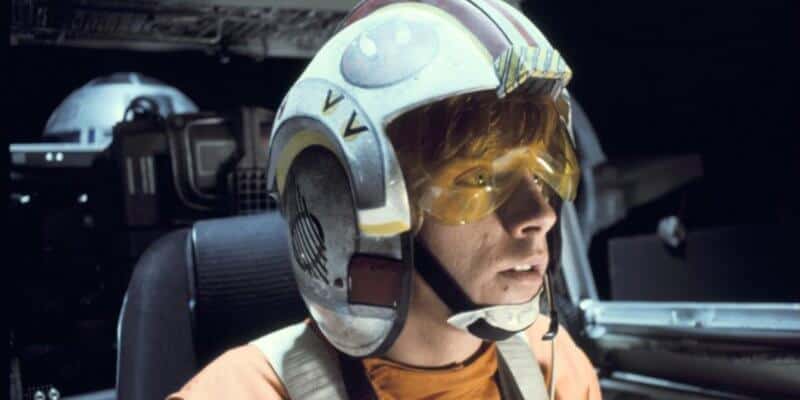 Star Wars actor Mark Hamill has been playing Jedi Knight Luke Skywalker for over 40 years at this point, so it’s safe to say that he has a solid grasp of how things work in a galaxy far, far away.

Now, it seems that George Lucas’s Star Wars universe and the real world are colliding. Hamill recently responded to a New York Times Tweet that read:

Breaking News: Evidence is mounting that a tiny subatomic particle is being influenced by forms of matter and energy that are not yet known to science but which may nevertheless affect the nature and evolution of the universe.

Evidence is mounting that The Force has been with us… ALWAYS.

Evidence is mounting that The Force has been with us…
ALWAYS. https://t.co/NatIHk7P5C

Hamill has always embraced the Star Wars franchise and the Star Wars fan community, often sharing never-before-heard stories on social media and spending time — virtually during the pandemic, of course — with fans of all ages.

Hamill’s latest Star Wars appearance was a surprise cameo in The Mandalorian Season 2. Viewers were shocked when a CGI version of Hamill circa the Star Wars: Episode VI – Return of the Jedi (1983) era showed up to rescue Grogu, Din Djarin (Pedro Pascal), Bo-Katan Kryze (Katee Sackhoff), and their companions from Moff Gideon (Giancarlo Esposito).

Prior to that cameo, Hamill last appeared in the Star Wars sequel trilogy alongside his original trilogy costars Harrison Ford, reprising his role as Han Solo, and the late Carrie Fisher, who once again played Princess General Leia Organa.

At this time, Skywalker’s future in the Star Wars galaxy is not known. There have been rampant online rumors that a Luke Skywalker series featuring “Baby Yoda” and, possibly, Star Wars Legends character, Mara Jade Skywalker, is in development.

Many believe that Marvel star Sebastian Stan (Bucky Barnes/Winter Soldier) could be cast as a young Luke Skywalker.

This reported show has not been confirmed by Lucasfilm or The Walt Disney Company at this time, however.

What do you think? Do you want to see Luke Skywalker’s Star Wars story continue in The Mandalorian universe or were you happy with the end of the Skywalker Saga?

You can catch the over 120 hours of Star Wars stories on Disney+ anytime. From Episode I – The Phantom to Episode IX – The Rise of Skywalker, there’s a full galaxy of tales for you to explore. Next up for Star Wars? Animated series Star Wars: The Bad Batch on May 4, 2021 and Mandalorian spinoff, The Book of Boba Fett, in December 2021.