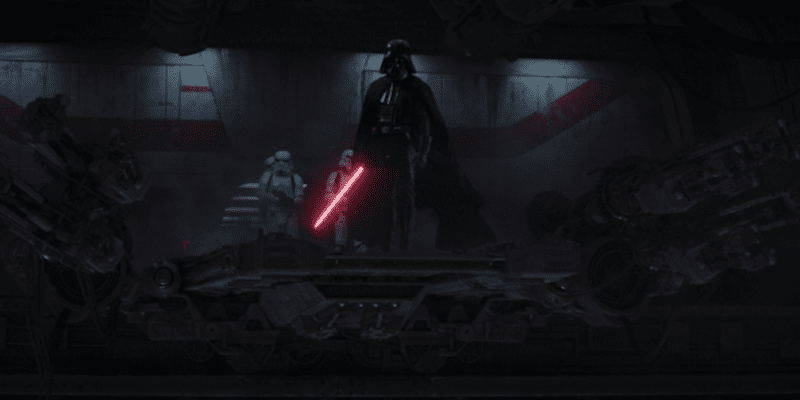 Hayden Christensen believes that a Vader spin-off could easily be made.

One of the most anticipated moments for Obi-Wan Kenobi is seeing Hayden Christensen return as the Dark Lord of the Sith. While James Earl Jones hasn’t been confirmed just yet to voice the iconic villain, fans know that Vader’s arrival in the series is imminent.

Ewan McGregor’s Obi-Wan Kenobi is now facing the Inquisitors and isn’t prepared to learn that Anakin Skywalker is alive. While fans obviously know this, it’s quite easy to forget that Kenobi wouldn’t believe Anakin survived after seeing him engulfed in flames on Mustafar.

Christensen has been away ever since Star Wars: Episode III – Revenge of the Sith (2005) and has finally returned back to the franchise to play both sides of the iconic character. While there are rumors of flashbacks set during the Clone Wars, fans should at the very least expect Christensen to be both Anakin and Vader, but it’s hard to say how much of Anakin will make it into the series.

While talking to ET Canada, the actor was asked if he would be willing to do a Vader spin-off series and he quickly responded that yes, he would like to star in a Vader series:

“Yeah, I mean, absolutely. I think this is a character that resonates in our culture in a very kind of profound way, and there’s certainly more there to explore.”

While another source was able to add that Christensen referenced the Vader comics as places where Vader’s story has been told:

Christensen noted the Dark Lord of the Sith has headlined his own comic book series from Marvel Comics, with Darth Vader’s story being told “in these other mediums” outside the episodic Star Wars saga.  He added, “I would love to get to continue my journey with him.”

While Vader’s role in the series is still unknown, it won’t be too long before Kenobi reveals more of what Darth Vader will look like. A spinoff series could do several different things about the villain leaving Lucasfilm with a lot of opportunities to make a great series with Christensen.

Do you think Christensen will get his own Darth Vader series?