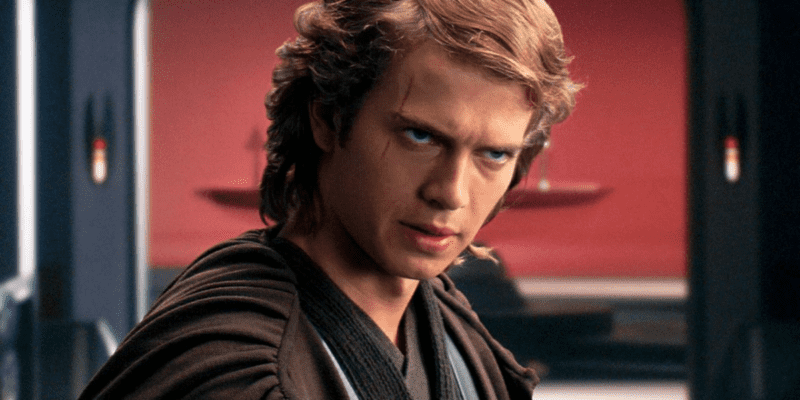 The Star Wars universe is ever-expanding and constantly changing, especially with The Walt Disney Company rolling out streaming series like The Mandalorian. But Lucasfilm just altered Anakin Skywalker’s fate and Luke Skywalker’s Sequel Trilogy role in a way that George Lucas may not have liked.

Disney revealed that Luke Skywalker had visited the planet years before Kylo Ren discovered it. And with him, Anakin Skywalker’s Force Ghost.

The Rise of Skywalker offered a plethora of plot holes that every Star Wars fan is still trying to figure out, such as how Palpatine actually survived and if Ben Solo could somehow return. Still, many felt that Exegol was a loose end in the Star Wars story.

However, in a new novel, Shadow of the Sith, Disney connects the Original Trilogy to the Sequel Trilogy and drastically changes the weight of Darth Vader’s death and Anakin Skywalker’s redemption.

In a new excerpt from the unreleased Shadows of the Sith, Jedi Master Luke Skywalker is transported to a Sith citadel on Exegol after meditating on the Seeing Stone on Tython (seen in The Mandalorian season two).

On Exegol, Skywalker is confronted by nine Sith warriors. Outnumbering the Jedi Knight, Luke Skywalker prepares for the worst. That is until a familiar blue-bladed lightsaber steps in:

Nine blades against one. Luke didn’t like the odds, but he braced himself nonetheless.

The wraiths attacked, nine shadow-blades held by shadow-arms cutting down at speed —

The excerpt from StarWars.com continues:

And that was when a new light appeared. Not the white flash of lightning, or the wraith blades as they were lit by the unholy light. Not the green glow of Luke’s lightsaber, illuminating the ashy ground like a green flashlight.

No, this light was pale blue. It shimmered in the air, streaking a little it swept down, throwing the attackers off in one smooth movement.

It was a lightsaber, the blade blue and strong, the hilt —

Luke Skywalker’s back is against the wall. No Jedi Master could take on nine Sith users at once, except one:

Standing between himself and the wraiths was another figure—a man in flowing pale robes, his back to Luke, his head hidden under a voluminous hood. The entire figure glowed like soft electricity, bright in this world of endless night. When the lightning flashed, Luke could see the nine solid wraiths through the form of the man who stood between them and their quarry…

The spectral being lifted his lightsaber, holding it high above his head, the blade parallel to the ground.

For the first time, the wraiths seemed to take note of their enemy. They backed away, nine forms huddling together, blades lowered. They were screaming from their blank bandaged faces, although Luke wasn’t sure whether it was a real sound or just an echo inside his head. It was hard to concentrate on what he was seeing, the way the Force reverberated around the figure in blue. His entire vision seemed to buckle around him…

The blue figure lifted his hood back to reveal the strong, sharp face of a young man, his gaze intense beneath a furrowed brow that was bisected by straight, vertical scar. His thick hair was shoulder-length and had a slight wave to it.

Anakin Skywalker reached out his hand.

Luke took it, and everything went white.

Meanwhile, Leia would have had a much more significant role than what unfolded in Disney’s trilogy, as she would be cleaning up the remnants of the Empire on an exiled planet filled with villainy and scum, believers of the Empire that wouldn’t give up.

They’ve just added Anakin Skywalker to the Sequels, discombobulating the weight of Anakin’s death in Star Wars: Episode VI – Return of the Jedi (1983).

This change is highly controversial among Star Wars fans, as Anakin Skywalker is not truly gone and had a massive role in Luke’s dark years within the Force, leading up to his self-exile in Star Wars: Episode VII – The Force Awakens (2015).

There’s no explanation of where and how Anakin’s Force Ghost appeared on Exegol in this excerpt, nor why he never appeared in the Sequel Trilogy. If anything, he’d reappear alongside Luke against Kylo Ren when the younger Skywalker projected his image across the galaxy to spar his nephew and Anakin’s grandson.

In the first drafts of Return of the Jedi, George Lucas planned for Master Yoda and Jedi Knight Obi-Wan Kenobi to appear as Force Ghosts and fight against Vader and Palpatine alongside Luke Skywalker.

Lucasfilm isn’t out of line for adding this Anakin Skywalker weight to the Sequels, but what are they planning? Could this be the first step in unveiling Episode X, the rumored “retcon” or redirection of Rey Skywalker’s trilogy?

Disney could be heading in the direction of explaining the “World Between World,” also known as the “World After the Living World,” in Episodes X, XI, and XII — going back to George Lucas’ original plan to end his Skywalker saga.

If Anakin Skywalker is showing up on Exegol with his lightsaber to destroy the wraiths, then it’s likely that Luke Skywalker (Mark Hamill) will reappear in the next trilogy of Star Wars.

The story of Obi-Wan Kenobi begins ten years after the dramatic events of Star Wars: Revenge of the Sith, where Obi-Wan Kenobi faced his most significant defeat—the downfall and corruption of his best friend and Jedi apprentice, Anakin Skywalker, who turned to the dark side as evil Sith Lord Darth Vader.

Now, with rumors that Pascal’s fan-favorite character is set to make his return to the Star Wars franchise in Morrison and Wen’s Mandalorian spinoff, The Book of Boba Fett, it seems that Star Wars fans might also be getting their first look at the bounty hunter’s new ship.

Do you think Disney should retcon the Sequels with Anakin Skywalker? Let us know in the comments below!