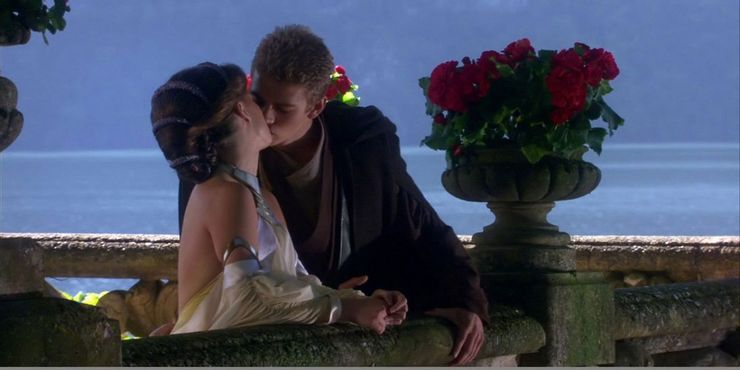 For many Mandalorian fans, Season 2, Episode 6 (“Chapter 14: The Tragedy”) was, indeed, aptly titled.

In addition to featuring the kidnapping of Grogu (AKA “Baby Yoda”) from the Jedi Seeing Stone, the Robert Rodriguez-directed installment saw the destruction of Din Djarin’s (Pedro Pascal) pre-Imperial ship, the Razor Crest, during the Battle of Tython.

The ship was obliterated with a single strike from Moff Gideon’s (Giancarlo Esposito) starcruiser, leaving Djarin with no choice but to team up with legendary Star Wars bounty hunter Boba Fett (Temuera Morrison) and mercenary Fennec Shand (Ming-Na Wen), who offered passage on Slave I — now officially renamed Firespray — while Djarin searched for his tiny foundling.

Now, with rumors that Pascal’s fan-favorite character is set to make his return to the Star Wars franchise in Morrison and Wen’s Mandalorian spinoff, The Book of Boba Fett, it seems that Star Wars fans might also be getting their first look at the bounty hunter’s new ship.

Per a new article:

…at some point Din Djarin will pilot a Naboo N-1 Starfighter in an upcoming episode of The Book of Boba Fett. Now the inclusion of the N-1 isn’t new news, as it was previously reported to be in development alongside the vespas [which have now appeared with the “mod gang”].

Over a year ago, in December 2020, reports surfaced that a Naboo N-1 Starfighter would make an appearance in The Mandalorian Season 3, with Jon Favreau and Dave Filoni possibly even taking fans back to the popular prequel trilogy planet:

…it has also been rumored that The Mandalorian season 3 will be heading back to some other familiar places in the Star Wars franchise. A Naboo N-1 Starfighter has also allegedly been constructed for the next season. It is reportedly “yellow with a silver underbelly as seen in The Phantom Menace.”

If Djarin shows up in an N-1 Starfighter in The Book of Boba Fett, it could signal that the planet is set to make an appearance in either The Mandalorian Season 3 or Ahsoka moving forward.

Ming-Na Wen also seemingly confirmed a Bo-Katan Kryze spinoff series that has not been officially announced by Lucasfilm or The Walt Disney Company.

Regardless of where Favreau and Filoni’s “Mando-Verse” goes next, it is sure to take Star Wars fans to exciting new places in a galaxy far, far away.

As for The Book of Boba Fett, there are three episodes left in the seven-episode first season. In addition to potentially seeing Djarin, Grogu is reportedly set to appear, and many fans are also hoping for cameos by Timothy Olyphant’s Marshal Cobb Vanth, and, of course, Harrison Ford’s Han Solo — CGI, obviously.

Do you think Naboo is going to once again play a key role in the Star Wars story?