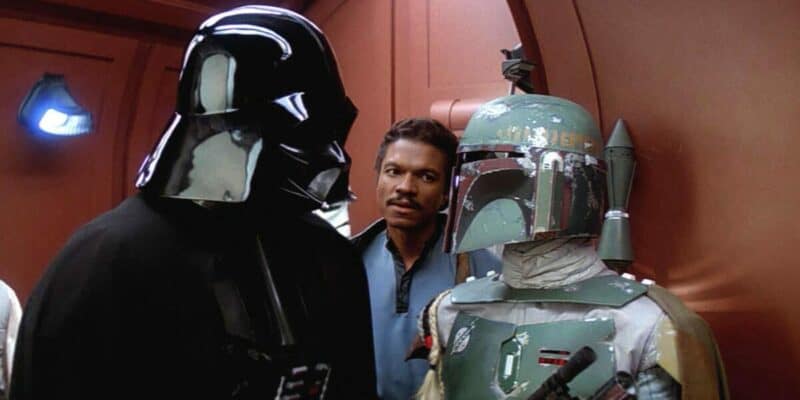 When The Walt Disney Company purchased Lucasfilm, Ltd. — and with it, the entire Star Wars franchise — from George Lucas in 2012, passionate fans had questions about the future of their beloved galaxy far, far away.

Nonetheless, though, The Force Awakens went on to be the least criticized of the three sequel trilogy movies.

When Rian Johnson’s Star Wars: Episode VIII – The Last Jedi (2017) hit theaters, for example, viewers watched iconic Jedi Master Skywalker dies alone on Ahch-To after using the Force to project his likeness across the galaxy to the planet Crait in a bid to stop his nephew — Leia and Han’s son — Kylo Ren (Adam Driver) from destroying what is left of the Resistance, causing many fans to hit the roof.

One Star Wars writer even went so far as to retcon the entirety of Episode VIII, giving the Star Wars fandom “the ending they deserved.”

When the sequels ended with the Skywalker Saga conclusion, Rise of Skywalker, a number of Star Wars fans were simply left confused by the plot holes — like the mere existence of Supreme Leader Snoke (Andy Serkis) — and annoyed that Rey took the Skywalker surname following both Luke and Leia’s deaths.

All this to say there are those who desperately wish Disney would pay more homage to Lucas’s original theatrical cuts — these are, after all, the films that launched the Star Wars universe and delighted fans around the United States and the world four decades ago.

But, in spite of this, it seems that Disney is doing everything in its power to avoid the theatrical cuts of A New Hope, The Empire Strikes Back, and Return of the Jedi. This is evidenced by a recent Disney+ special entitled Under the Helmet: The Legacy of Boba Fett.

The brief documentary was released to hype the “next chapter” in Jon Favreau and Dave Filoni’s Mandalorian saga — The Book of Boba Fett — which is due to debut on December 29, 2021.

One recent article noted that Disney blatantly avoided any footage from original trilogy theatrical cuts, in which legendary bounty hunter Boba Fett played a key role, in the special:

Early in the special, footage from The Empire Strikes Back plays, with Boba being voiced by Temuera Morrison. Starting with the 2004 DVD edition, all special editions of Empire have used Morrison’s voice instead of Jason Wingreen’s (Boba’s original voice actor). When exploring the history of Boba Fett, Disney’s choice to only use his new voice indicates that they’re continuing to ignore the theatrical cuts of the original trilogy.

The same article noted that despite having owned Lucasfilm for a decade next year, “there aren’t any known plans of releasing the unaltered cuts of the original Star Wars films.”

Lucasfilm President Kathleen Kennedy and others have not spoken out regarding this decision, but the fandom at large would love to see Lucas’s original theatrical editions of Star Wars — and maybe even the rumored “Lucas cut” — make it into the Disney+ streaming library at some point in time.

As noted, though, there do not seem to be plans for this, or for the whole 1978 Star Wars Holiday Special — which marked Boba Fett’s first appearance as an animated character — to be available on the streaming service anytime soon.

What do you think about Disney seemingly avoiding the original trilogy’s theatrical releases?