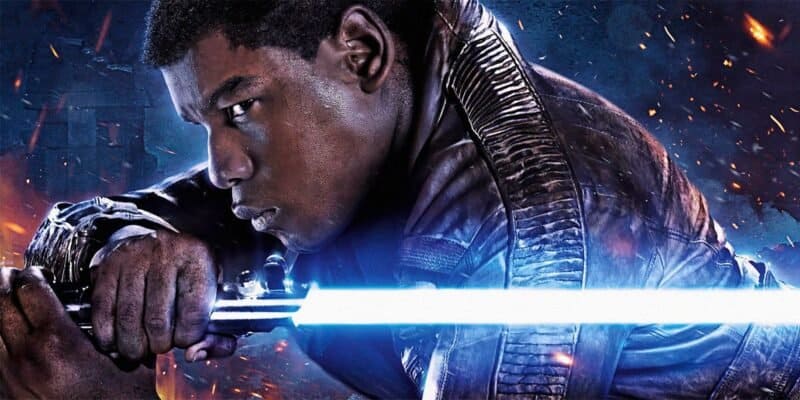 Earlier this year, it was reported that Sleight director J.D. Dillard would soon be making his debut in the Star Wars franchise. Few details were revealed about the upcoming Star Wars movie — though some reports indicated it would be set on Exegol — and now it seems that the film may be being transformed into a streaming series instead.

This week we can share that it appears John Boyega‘s Finn may be getting an upcoming Disney+ series. It had previously been announced that J.D. Dillard (Sleight) and Matt Owens (Luke Cage, Agents of SHIELD) were working on a Star Wars film. According to multiple inside sources, that movie concept is now being repurposed as a series. J.D. Dillard and Matt Owens are still attached and have since re-tooled the movie to now be a longer form Disney+ series focusing on Finn.

Plot details are light but we we’re told that John Boyega will return as Finn. the series would explore his back story, including how he came to be in the First Order. It would also show where the character is going in a post-Rise Of Skywalker world.

It is important to note that neither Lucasfilm nor Disney have confirmed the actor’s return to the Star Wars universe, but if this rumor pans out, it would be a shocking turn of events.

As most Star Wars fans know, Boyega was unhappy with the portrayal of his character, ex-stormtrooper Finn, in the Star Wars sequel trilogy — Episode VII – The Force Awakens (2015), Episode VIII – The Last Jedi (2017), and Episode IX – The Rise of Skywalker (2019).

Boyega — who was heavily involved in the Black Lives Matter (BLM) protests in London last year — allegedly felt that his character was sidelined, and even had a highly-publicized “honest conversation” with Lucasfilm President Kathleen Kennedy to air his grievances regarding his Star Wars experience.

Boyega has even gone so far as to refer to shooting Star Wars with costars Daisy Ridley (Rey) and Oscar Isaac (John Boyega) as “luxury jail”, so his return to a galaxy far, far away would undoubtedly come as a surprise to just about everyone.

However, Boyega has made known that he might be willing to return as the voice of Finn in an animated series if the character were to get to follow a seemingly scrapped storyline that would have seen him get his own lightsaber and become a Jedi in his own right.

At this time, it is presumed that the J.D. Dillard project — whatever form it ultimately takes — is live-action, but this has not been confirmed.

With Mandalorian showrunner Jon Favreau and Dave Filoni’s Rangers of the New Republic Mandalorian spinoff series on hold following Gina Carano’s firing, it is possible that this reported Finn series could function as some type of replacement on Disney+, although it would obviously not tie into the ongoing Mandalorian saga in the same way.

Most recently, Boyega exited his upcoming Netflix series Rebel Road due to “personal reasons”, but his IMDb page indicates he is still involved in multiple other projects, including They Cloned Tyrone, Borderland, and Attack the Block 2.

What do you think? Is actor John Boyega actually coming back to Star Wars?