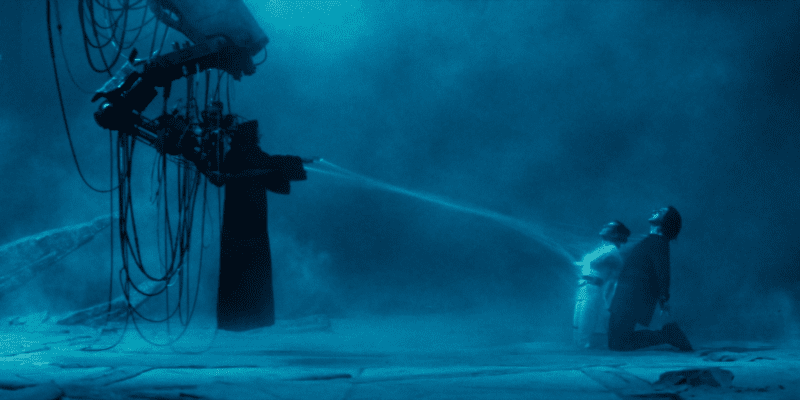 The Hollywood Reporter has confirmed that a brand new Star Wars movie is in the works. The project is being led by Sleight writer and director, J.D. Dillard.

Dillard is clearly a Star Wars fan, as he posted a photo of himself in a stormtrooper costume on his Instagram feed just a few months ago — an indicator, perhaps, of his future involvement in the Star Wars franchise!

…a new Star Wars project is in the works: J.D. Dillard, best known for writing and directing the sci-fi thriller Sleight, and Matt Owens, a writer on the Marvel shows Luke Cage and Agents of SHIELD, have been tapped to develop it. But insiders say it is undecided whether the project will be for the big screen or for Disney’s highly prioritized streaming platform.

Plot, character and setting details are unknown and are being kept in the murky underworld of Exegol. It also is unclear whether Dillard would direct, should the project move forward. The Dillard project is understood to be unrelated to a Star Wars film pitch by Marvel Studios chief Kevin Feige and potential work from Last Jedi director Rian Johnson.

The fact that this upcoming project may be set on Exegol is an exciting departure for the Star Wars universe.

The Skywalker Saga, Rogue One: A Star Wars Story, and Solo: A Star Wars Story have all tended to focus more on the light side of the Force, so a true look at the dark side would be an interesting spin for both the Star Wars fan base and Lucasfilm.

It is worth noting, however, that it’s possible the term “Exegol” is merely being used to indicate the details of the project are being kept under wraps. However, if we were to journey back to Exegol, there are a number of possibilities for the direction the movie could take. Let’s dive in.

Exegol was first introduced in the final installment of the Skwyalker Saga, Star Wars: The Rise of Skywalker (2019).

Rey (Daisy Ridley) used the Sith Wayfinder to visit the planet where Emperor Palpatine’s cult of clones reside. Wookieepedia has described Exegol — or, Ixigul in Ancient Sith — as:

…a dark desert planet located within the Unknown Regions that, according to legend, was the hidden redoubt world of the Sith. It was occupied by the Sith Lord Darth Sidious and the Sith Eternal by 35 ABY [during the Star Wars sequel trilogy era]. It was also the birthplace of Supreme Leader Snoke, whom Sidious created to rule the First Order while concealing himself in the shadows. Exegol was used to hide the Final Order, which was a fleet amassed by Sidious and the Sith Eternal, from where they planned to deploy their Star Destroyers and establish a new Sith Empire.

The Battle of Exegol is the climax of Rise of Skywalker. In a scene filled with Easter eggs for Star Wars fans — including Lando Calrissian (Billy Dee Williams) piloting the Millennium Falcon alongside Chewbacca — the Resistance defies all odds to defeat the Sith once and for all.

As Poe Dameron (Oscar Isaac) said, “We’re not alone. Good people will fight if we lead them.”

At this time, it is unknown when in the Star Wars timeline Dillard’s project will fall. Since Ridley, Isaac, and John Boyega — who rounded out the core sequel trilogy trio as ex-stormtrooper, Finn — have all indicated they have no current plans to return to the Star Wars galaxy, this could very well be some sort of prequel project.

Actor Adam Driver, who played fan-favorite Kylo Ren/Ben Solo in the sequels, has not publicly stated he would not return to Star Wars, so there is at least the potential that he could return for another Star Wars movie.

Since Solo gave his remaining life force using Force healing to save Rey in Rise of Skywalker, any future movies featuring him would have to take place prior to the sequels.

It is also possible that an Exegol film could explore the creation of Rey’s father, one of many failed Palpatine clones. ScreenRant shared details about this character, who is only briefly seen in a flashback to Rey’s tragic childhood in the sequel trilogy:

…seeking a way to stabilize their master’s condition, the Sith Eternal produced many more failed clone bodies over the course of years, but in doing so, accidentally created a functional, but non-Force-sensitive, one. This “son” would go on to father Rey, whom Palpatine would come to view as the key to achieving immortality. Inert copies of Snoke, who had been created by Palpatine decades before, were also stored in the facility, showing the Supreme Leader’s importance to Palpatine’s plan. It was alongside Snoke’s more direct influence that Sidious remotely pushed Kylo Ren to the dark side.

This, of course, remains pure speculation and has not been confirmed by Lucasfilm or Disney executives at this time.

What do you think about this brand new Star Wars movie project? Are you ready to go to the dark side?