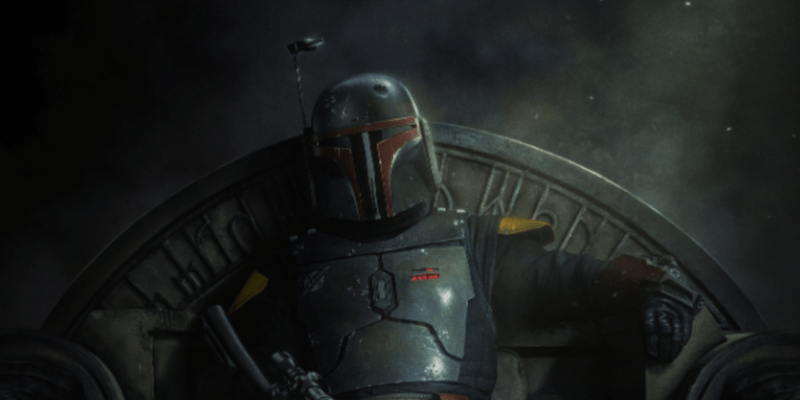 Then, in an unanticipated post credits scene, a new spinoff series — The Book of Boba Fett — was confirmed for a December 2021 release date.

The scene took long-time Star Wars fans back to a very familiar Tatooine location, Jabba the Hutt’s palace. Hutt, of course, was killed by Princess Leia (Carrie Fisher) in Star Wars: Episode VI – Return of the Jedi (1983), but his former right-hand man, Twi’lek Bib Fortuna (Michael Carter), has taken his throne in the intervening five years between ROTJ and The Mandalorian.

Fett killed Fortuna, taking Jabba’s throne and setting up his quest for vengeance in The Mandalorian spinoff show.

Now, thanks to a new press release from Disney and Lucasfilm, we know the official debut date for The Mandalorian’s “next chapter”:

Disney+ announced today that “The Book of Boba Fett”—the new Lucasfilm series teased in a surprise end-credit sequence following the Season 2 finale of “The Mandalorian”—will premiere on Wednesday, December 29, exclusively on the streaming service. Disney+ also debuted the key art for the series.

“The Book of Boba Fett,” a thrilling Star Wars adventure, finds legendary bounty hunter Boba Fett and mercenary Fennec Shand navigating the Galaxy’s underworld when they return to the sands of Tatooine to stake their claim on the territory once ruled by Jabba the Hutt and his crime syndicate.

Are you looking forward to The Book of Boba Fett this New Year’s?