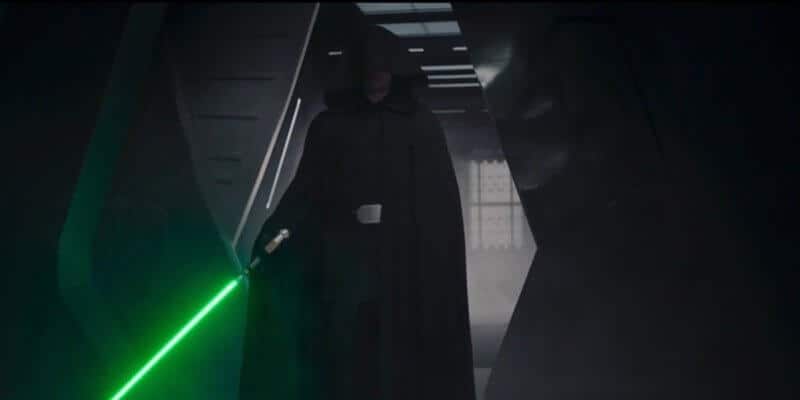 When the Disney Gallery: The Mandalorian Luke Skywalker special dropped last week, Star Wars fans were in for a treat. The installment gave a special behind the scenes look at the making of the Season 2 finale episode, “Chapter 16: The Rescue”, which saw Jedi Knight Luke Skywalker (CGI Mark Hamill) return to the Star Wars universe just after the original trilogy era — The Mandalorian, for those who don’t know, is set about five years after George Lucas’s Star Wars: Return of the Jedi (1983).

In addition to Hamill comparing the return of his iconic Star Wars character to “James Bond”, one of the most interesting tidbits that was shared in the Disney Gallery: The Mandalorian episode was the fact that “Chapter 16” director Peyton Reed, executive producer Dave Filoni, showrunner Jon Favreau, and others on the production crew developed an elaborate hoax to convince fans that Skywalker wasn’t actually the Jedi coming back to the Star Wars story.

Koon’s return would have made sense, specifically connecting to the Filoni-directed Season 2, Episode 5 (“Chapter 13: The Jedi”), in which Star Wars: The Clone Wars fan-favorite Ahsoka Tano (Rosario Dawson) made her live-action debut.

As it turns out, many fans also have an attachment to Ahsoka’s savior — and some of them wish Koon had come back to Star Wars instead of Mark Hamill’s Skywalker.

Look, I’m happy we got Luke Skywalker in the season two finale of ‘The Mandalorian’. But, I also would’ve absolutely screamed at the top of my lungs and flipped a table if they went with Plo Koon. #DisneyGallery

Look, I'm happy we got Luke Skywalker in the season two finale of 'The Mandalorian'. But, I also would've absolutely screamed at the top of my lungs and flipped a table if they went with Plo Koon. 🤣 #DisneyGallery pic.twitter.com/7LBeLnjJlF

Odinfjodi Tenskwatawa hilariously suggested the two characters are actually one and the same — talk about a plot twist for the ages. He quipped:

Well. Have you ever seen Luke and Plo Koon in the same room?

Well. Have you ever seen Luke and Plo Koon in the same room? 🙄

In light of the news that Koon was used as a red herring, fans have even launched a social media campaign asking Disney and Lucasfilm to create an actual Plo Koon series. One supporter, Josh MDS wrote:

I need this to happen. Plo Koon is my favourite jedi

I need this to happen. Plo Koon is my favourite jedi https://t.co/jWAsekm7HP

As is often the case, the Star Wars fandom has now divided itself, with some fans like Jenmarie believing the fake Mandalorian concept art was more than a ploy:

So… Plo Koon is alive!? Because, wow. Imagine seeing him and Ahsoka together in the Ahsoka series.

So… Plo Koon is alive!? Because, wow. Imagine seeing him and Ahsoka together in the Ahsoka series. pic.twitter.com/H7K7enxGkA

Others, like Captain Dane, however, are convinced that Koon actually died during the execution of Emperor Palpatine’s Order 66 at Cato Neimoidia:

“bUt PlO kOoN iS dEaD hOw WoUlD hE bE iN mAnDo?”

"bUt PlO kOoN iS dEaD hOw WoUlD hE bE iN mAnDo?"

As for Luke Skywalker, his return came at the perfect moment in The Mandalorian saga. He swooped in with his X-wing — and a green lightsaber — just in time to save Bo-Katan Kryze (Katee Sackhoff), Grogu (AKA “Baby Yoda”), bounty hunter Din Djarin (Pedro Pascal), Cara Dune (Gina Carano), Fennec Shand (Ming-Na Wen), and Nite Owl warrior Koska Reeves (Sasha Banks) from Moff Gideon (Giancarlo Esposito) and his Dark Trooper squad.

Now, the character is expected to return  (a recent poster teased him making a yellow lightsaber with Grogu as the foundling commences his Jedi Order training) in The Mandalorian Season 3, Ahsoka, or The Book of Boba Fett — or even in the rumored Luke Skywalker series that currently remains unconfirmed.

Would you have preferred Plo Koon to Luke Skywalker as Grogu’s Jedi master?