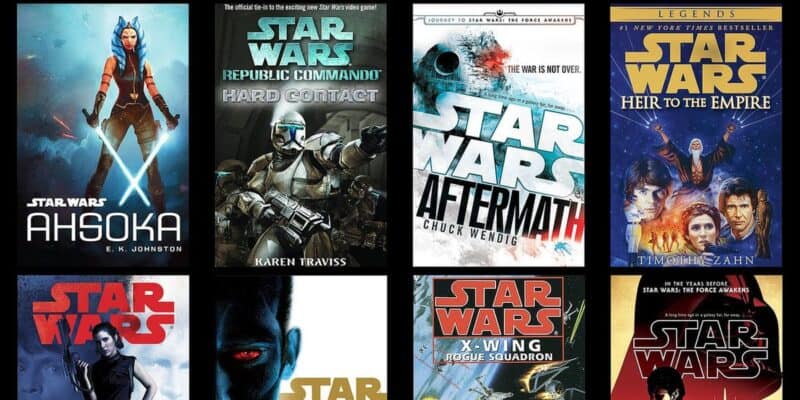 Star Wars’ Tales of the Jedi provides an anthology of origin stories of some of the galaxy’s greatest warriors. From Qui-Gon Jinn to Count Dooku, the series has pulled back the veil on the mysterious ways and tales of the Jedi Order. However, the mystical accounts of these mystics of the Force doesn’t have to end on Disney+. Sometimes, the page is mightier than the screen.

Along with having one of the most extensive film collections in the science-fiction genre, the extended universe that fills the pages of the even larger Star Wars novel series is even more impressive. With around 381 books currently in the series, the literary galaxy is even more vast and extensive than the visions presented on film. So enormous, in fact, many Padawans and Jedi alike might find it challenging to pick just where to start. Fortunately, the good folks at Youtini have compiled the ultimate guide to the Star Wars literary universe, and have even sectioned off various volumes by theme, genre, and characters. With Tales of the Jedi growing in popularity on Disney+, fans might want to consider perusing the literary works based on some of the galaxy’s greatest warriors.

Since the Disney+ anthology series is titled “tales of the Jedi,” Youtini’s Jedi collection might be the best place for new readers to start, although the site does have a recommended reading order. Fans looking for more adventures from characters like Ahsoka Tano, Obi-Wan Kenobi, or Kanan Jarrus won’t be disappointed in what the collection has to offer. Six episodes can only go so far, and fans wanting more will easily benefit from something with a few more chapters.

That all being said, books and animated series are two totally different mediums. However, there are plenty of novels with more than enough drama and excitement for any TV or film adaptation. Some of the books recommended in this collection alone include John Jackson Miller’s Kenobi, Master and Apprentice by Claudia Gray, and the powerful and compelling Dooku: Jedi Lost by Cavan Scott, and they all come with different recommendation ratings to suit even the greenest Padawan learner. While not all books are created equal, they all come with the epic scale, adventures, and lore a fan can expect from the Star Wars universe.

This is just the tip of the literary iceberg, as there are legions of other titles to enjoy. The Star Wars book series comes packed with more stories than an entire army of Clone Troopers. Jedi, Sith, bounty hunters, and everything in between can be read, studied, and experienced between the pages of these novels.

Have you read the Star Wars novels? Tell us in the comments below.