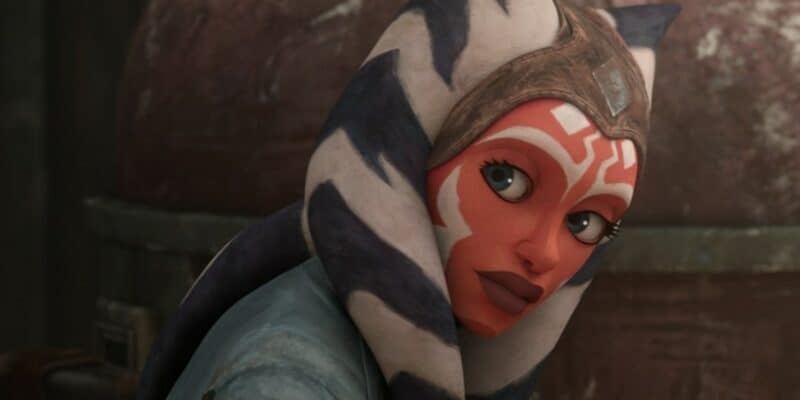 Star Wars: Tales of the Jedi (2022) is the latest animated television series in the Star Wars universe, which uses the same animation style as Star Wars: The Clone Wars (2008) and Star Wars: The Bad Batch (2021). However, the show is far more in line with the former in terms of style, tone, and overall execution than it is with the latter.

In fact, it’s fair to say that, despite being an anthology series of sorts, with each episode jumping forward a number of years, Tales of the Jedi is very much a sequel to The Clone Wars, while also serving as a dual origin story for the characters Ahsoka Tano and Count Dooku, with Ashley Eckstein and Corey Burton reprising their roles.

Tales of the Jedi consists of six episodes; three are dedicated to Count Dooku (Corey Burton) as a young Jedi working alongside the likes of Qui-Gon Jinn (Liam Neeson) and Mace Windu (TC Carson), and three focus on Ahsoka Tano (Ashley Eckstein), from her birth on Shili to her time training with her Jedi Master Anakin Skywalker (Matt Lanter) on Coruscant.

And with each episode clocking in at around the 20-minute mark, needless to say, Tales of the Jedi is short and sweet, but just like The Clone Wars, it certainly delivers. What’s particularly engaging about these animated Star Wars shows is largely their somewhat adult tone, something the movies and live-action shows are lacking in more often than not.

Despite being animated, like The Clone Wars, Tales of the Jedi feels far more adult in tone than any other animated Star Wars show, for that matter. Perhaps the Clone Wars era really is the darkest along the Star Wars timeline, especially when you consider just how bleak things also get towards the end of the Star Wars prequel trilogy.

But it isn’t just Ahsoka and Dooku who get the spotlight here, as we meet a young Qui-Gon Jinn, who looks remarkably like Liam Neeson (who returns to lend his vocal talents, having previously done so in The Clone Wars), and Yaddle (Bryce Dallas Howard), a Jedi who’s the same species as Yoda and Grogu, yet hasn’t been since her brief appearance in Star Wars: Episode I — The Phantom Menace (1999).

The only real complaint from Star Wars fans is that the final episode, “Resolve”, which finds Ahsoka Tano living on a farming world after she fakes her own death to evade Imperial forces — as seen in The Clone Wars finale “Victory and Death” — where she has befriended some locals. This storyline is actually based on EK Johnston’s novel “Ahsoka” (2016).

However, fans have been critical of the fact that the episode retcons certain elements of that novel. With that said, the rest of the series appears to be without flaw, with particularly stand-out episodes being the first, “Life and Death”, which details Ahsoka’s time as a baby on Shili, and “The Sith Lord”, which reunites us with Yaddle, who turns out to be pretty awesome.

However, while fans are impressed with the show, many are wondering if there will be a second season. Most Star Wars shows, whether animated or live-action, are usually followed up. The Bad Batch will be getting its Season 2 on January 4, 2023, while anime anthology series Star Wars: Visions will also be getting a second round of episodes next year.

Rebels ran for four seasons, while The Clone Wars remains the longest-running animated show in Star Wars history to date, with seven seasons under its belt, comprised of 130+ episodes plus a theatrical animated feature. Given the fact that Tales of the Jedi can be grouped in with that show and The Bad Batch, it’s entirely possible there will be a Season 2.

With all of that said, Tales of the Jedi might be a one-and-done affair, although, given the fact that it’s proving to be a success on Disney+, as it was the 9th most streamed original series across all platforms in the US during the weekend of October 30, this is hardly something Disney and Lucasfilm are likely to turn their noses at.

The Clone Wars is also an incredibly rich era along the Star Wars timeline, with plenty of gaps left unfilled. There are also countless characters a second season could focus on, whether it’s more Ahsoka Tano and Count Dooku, or other members of the Jedi and the Sith. And who’s to say a second season even needs to be set during the Clone Wars era? Either way, it’s fair to say that there are a lot more tales to be told…

Would you like to see a second season of Star Wars: Tales of the Jedi? Let us know in the comments down below!