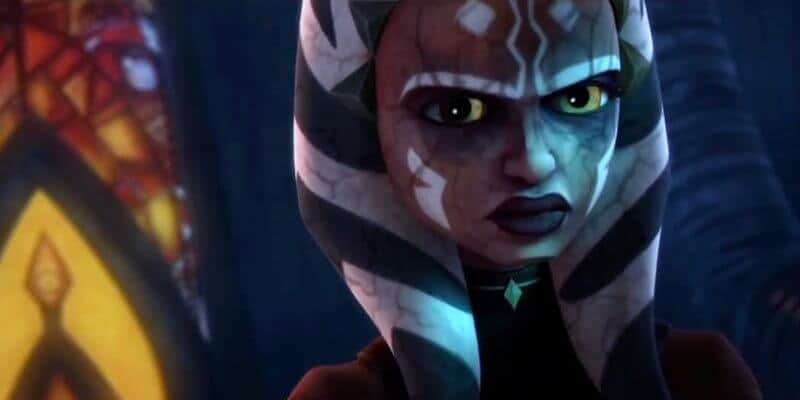 Star Wars is unlike any other franchise out there, in that it is completely non-linear in its storytelling. And now, with Disney and Lucasfilm churning out new Star Wars content like there’s no tomorrow, inconsistencies with long established canon become increasingly more likely.

Whether it’s the fact that Obi-Wan Kenobi and Darth Vader suddenly had other lightsaber duels before Star Wars: Episode IV — A New Hope (1977), or that Grogu is never mentioned in the sequel trilogy, Star Wars fans are among the most eagle-eyed out there.

And recently, some fans have suggested that Star Wars: Tales of the Jedi (2022), which will premiere on Disney+ later this year, will “de-canonize” established Star Wars history involving the character of Yaddle, a Jedi who is the same species as Yoda and Grogu, and Ahsoka Tano.

The six-episode series was announced at this year’s Star Wars Celebration. Using the same animation as Star Wars: The Clone Wars (2008) and Star Wars: The Bad Batch (2021), Tales of the Jedi will flesh out Ahsoka Tano and Count Dooku, with each of them having three episodes.

Fans of Ahsoka Tano will be familiar with many aspects of her past. If you’ve seen The Clone Wars, Star Wars: Rebels (2014), and The Mandalorian (2019), you’ll know all there is to know about the Jedi. Although there is some additional canon that you’re probably familiar with too.

The novel “Ahsoka” (2016) by author EK Johnston is canon, largely because it was written after the Lucasfilm acquisition (everything pre-2012 except for the first six movies and The Clone Wars is considered non-canon and has been dubbed “Star Wars Legends”). Not only that, but Dave Filoni himself, the creator of Ahsoka Tano, also approved the novel.

Here’s the official synopsis for the novel “Ahsoka”:

Ahsoka Tano, once a loyal Jedi apprenticed to Anakin Skywalker, planned to spend the rest of her life serving the Jedi Order. But after a heartbreaking betrayal, she left the Order and forged her own path. Anakin and the other Jedi were still there for her, though, whenever she needed them — or they needed her.

Then the Emperor took over the galaxy, and the Jedi were ruthlessly murdered. Now Ahsoka is truly on her own, unsure she can be part of something larger ever again. She takes refuse on a remote farming planet, where she befriends a young woman named Kaeden and begins to carve out a simple life for herself.

But Ahsoka cannot escape her past, or the reach of the Empire. When Imperial forces occupy the planet, she must decide whether to become involved — even if it means exposing her identity. Her choices will have devastating effects for those around her… and lead her to a new hope for the galaxy.

Now, Johnston has taken to social media to respond to rumors that Tales of the Jedi will “de-canonize” elements of her book. Plot details have apparently been leaked online, which many fans believe will retcon elements of Ahsoka’s past as established in the novel.

“There isn’t a big conspiracy behind the changes in Ahsoka’s story. Dave approved the book six years ago and then kept working on her journey. It’s frustrating to see people gleefully declare my book non-canon instead of just… using their imaginations. Like we did.”

There isn't a big conspiracy behind the changes in Ahsoka's story. Dave approved the book six years ago and then kept working on her journey. It's frustrating to see people gleefully declare my book non-canon instead of just…using their imaginations. Like we did.

Whether or not Tales of the Jedi will end up tampering with long established canon remains to be seen, but it’s almost impossible to imagine that Dave Filoni will retcon elements of Ahsoka’s past to fit a new narrative. After all, he created the character, and has overseen her growth ever since, from Padawan to Jedi, from The Clone Wars to Rebels, and from animation into live action.

In fact, Filoni is so attached to Ahsoka Tano that he previously released a set of 10 “Topps’ Star Wars: Card Trader” digital trading cards which detail the Jedi’s whereabouts following her time in the “World Between Worlds” in Season 4 of Rebels.

This unusual “miniseries” even hints towards Ahsoka’s whereabouts during the original trilogy and the sequel trilogy. Many Star Wars fans have even theorized that Ahsoka Tano is a time-traveller, while Dave Filoni himself has compared her to Gandalf from The Lord of the Rings.

Since her debut in The Clone Wars, Ahsoka has appeared in Rebels, The Mandalorian, and The Book of Boba Fett (2021), and will next year headline her very own live-action show Ahsoka (2023), with Rosario Dawson reprising her role.

Tales of the Jedi will premiere on Disney+ in Fall 2022. Ahsoka is expected to arrive some time in 2023.

Do you think Disney and Lucasfilm are taking Star Wars canon seriously? Let us know in the comments below!